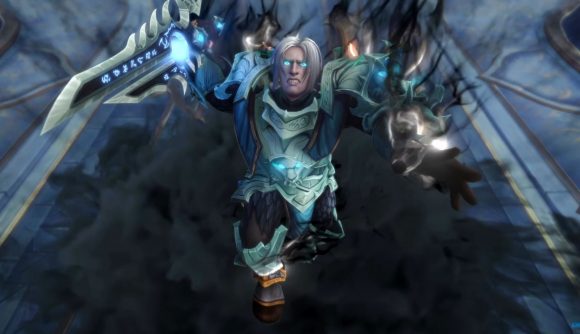 BlizzConline, as they’re calling it this year, has begun. Some of the first new information Blizzard has presented is on what’s coming in the next patch for World of Warcraft: Shadowlands. The first major content patch is called Chains of Domination, and it’s adding a new storyline, new raids, a new mega-dungeon, and more to the extremely popular MMO game.

According to the presskit obtained by WoWHead ahead of the show, Chains of Domination starts off after the defeat of Sire Denathrius. The new quest will take players “into new depths of the Jailer’s hopeless domain”, where they’ll attempt to piece together his future schemes. You’ll have to unite the four renewed covenants in order to take down the Jailer’s new champion, a “cruel instrument of despair conscripted by Sylvanas Windrunner” – and the cinematic trailer shown on stage shows exactly who that is.

A new ten-boss raid called The Sanctum of Domination takes places in “treacherous, unexplored reaches of Torghast”, where you’ll face down the “true Eye of the Jailer” and eventually fight the Banshee Queen. There’s also a new mega-dungeon called Tazavesh, the Veiled Market. Here you’ll “discover exotic wares” while working your way through an “eight-boss Mythic mega-dungeon set in a bazaar of the mysterious Brokers”.

There’s more: a new seasonal Mythic Keystone dungeon affix is “themed around the Jailer’s power”, and there are new cosmetic Covenant armour sets that can be worn by any class. You’ll be able to find new pets and mounts, unlock flying in the four Covenant domains, and “expand the powers of your Soulbinds and Conduits.” 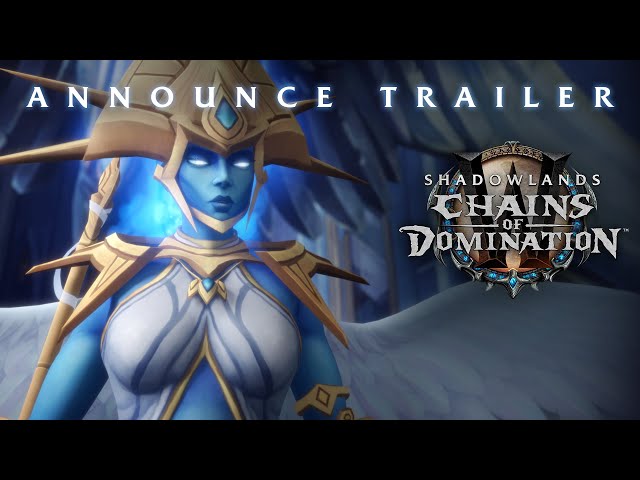 You can watch the whole BlizzCon show February 19-20 right here.

There’s certainly more Shadowlands to come over the course of the event. Even though some of the information leaked ahead of time, Shadowlands quickly became the fastest-selling PC game of all time, so the company probably doesn’t have too much to be sad about.