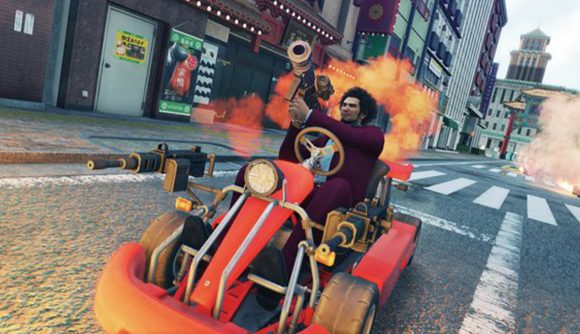 Steam is running a big Best of Japan sale right now, which includes a big selection of games published by Sega. The Yakuza games are part of that sale, and if you already own the first two, you get a special treat: your copies of Yakuza 0 and Yakuza Kiwami have been upgraded to the ‘Deluxe Edition’ free of charge.

The Deluxe Editions of the games don’t add anything notable to the games themselves – the PC ports are already very good and feature improved graphics options over the console versions. Steam’s Deluxe Edition for each game instead includes an exclusive digital Yakuza manga, a collection of avatars, some official Yakuza desktop wallpapers, and some alternative Steam library assets to use with Steam’s new library. Check out the announcement on Steam for instructions on how to use the cool-looking animated library art for your copy.

The Yakuza bundle includes Yakuza 0, Yakuza Kiwami, and Yakuza Kiwami 2, and it’s marked down 61%, putting it at $26.97 USD. That’s a great deal, but if you already own any of the games or don’t want all three, they’re marked down individually as well.

As Dustin so eloquently put it last month, you do have other options if you want to play the Yakuza games on PC. Yakuza 0 is currently available on Xbox Game Pass for PC, and Kiwami and Kiwami 2 are set to join it there before too long.