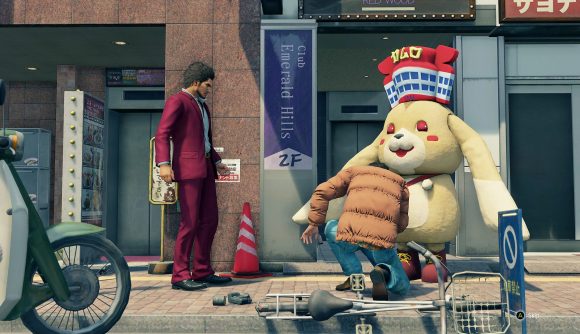 Virtua Fighter 5: Final Showdown has finally landed on PC, but in a way you may not have expected. RPG game Yakuza: Like a Dragon released on PC earlier this week, and fans were pleased to find the arcade machine in Chinatown includes a playable version of the Sega fighting game along with Virtua Fighter 2 in the Tsurukame Alley arcade.

The Yakuza series is known for being a bit silly and including plenty of fun mini-games like karaoke, dragon kart, and er, business management (I promise that is more fun than it sounds). However, adding full versions of additional games goes above and beyond what fans generally expect out of an in-game arcade. Still, it is great for PC gamers who have been wanting to play Virtua Fighter 5 in the comfort of their own home.

If you are a Virtua Fighter fan that is unsure about the Yakuza series, take a look at our Yakuza: Like a Dragon review and review roundup to see if it is worth splashing some cash on.

Take a look at the arcade in action below:

If you’re not quite sold on the idea of Virtua Fighter inside an RPG, take a look at our list of the best fighting games on PC for something else to sink your teeth into.