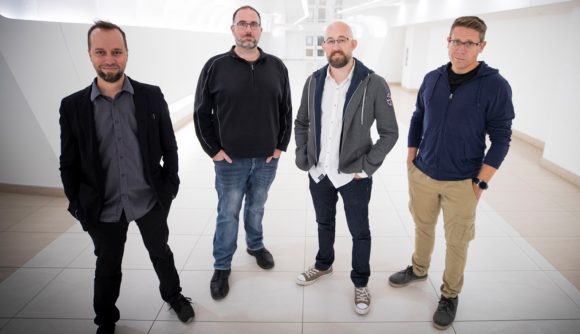 Yellow Brick Games’ founders also include Frederic St-Laurent B., Jeff Skalski, and Thomas Giroux, all of whom have worked for Ubisoft on games like the Assassin’s Creed and Watch Dogs series. Giroux will serve as Yellow Brick’s CEO, with Laidlaw listed as chief creative officer, and St-Laurent B. working as game director. GamesIndustry.biz reports the studio has 15 total employees, and Laidlaw explained via Twitter that he expects the number of developers at the studio to grow.

According to its official website, Yellow Brick Games has been built around the idea that “emergent systems create rich, interactive worlds” and that it’s important for employees to maintain a healthy work/life balance, since “we believe fulfilled team members deliver the best content.” In other words, the studio is effectively writing a ban on ‘crunch’ into its constitution.

Laidlaw spent a little over a year at Ubisoft following his 2017 departure from BioWare, a studio he’d joined in 2003 to act as the lead story developer for Jade Empire. Since leaving, he’s also consulted on the development of The Waylanders, an unofficial spiritual successor to Dragon Age: Origins that’s currently in Early Access.

Yellow Brick Games has not yet announced its first project, and it may be some time before the studio’s ready to make anything public. We’ll be eager to find out what they’re up to.