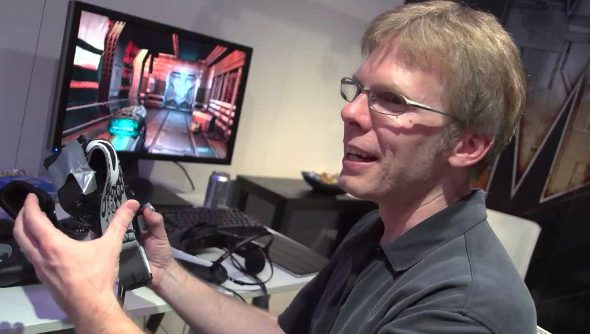 A judge has ordered Facebook and Oculus to pay Zenimax $250 million in damages over a lawsuit alleging the virtual reality venture stole trade secrets from Zenimax. It’s half of the $500 million awarded to Zenimax by a jury in February 2017.

U.S. District judge Ed Kinkeade ruled that the lawsuit lacked sufficient evidence to sustain the charges that Oculus founders Palmer Luckey and Brendan Iribe were responsible for damages over false designation, i.e., failing to disclose the origin of a product they were selling. Kinkeade said this means Oculus and Facebook can’t be expected to pay the $250 million in damages that stemmed from that aspect of Zenimax’s suit.

While they work out the legal issues, here’s our list of the best VR games on PC.

When the case initially wrapped up last February, the jury awarded Zenimax $500 million in damages, but determined that Oculus did not steal trade secrets, as Zenimax alleged, when it hired id Software co-founder John Carmack away from Zenimax.

In 2014, Zenimax accused Oculus of stealing proprietary VR technology and using it as the basis for the Rift and filed suit. The company has also alleged that Carmack took trade secrets with him when he left to join Facebook and Luckey, a charge which Carmack has vehemently denied. Carmack has filed a countersuit against Zenimax for $22.5 million, alleging the company still owes him that amount in contract payouts.

Oculus founder Palmer Luckey sold his company to Facebook for $2 billion in 2014, but left Facebook last year after reporting by The Daily Beast that revealed his involvement in a pro-Trump troll group called Nimble America.

Zenimax may appeal Kinkeade’s ruling, but it’s not the only lawsuit the company is currently involved in. Zenimax subsidiary Bethesda is in the process of suing Warner Bros. over the mobile game based on Westworld, which Bethesda says uses code copied from Fallout Shelter. In that case, Bethesda says it’s Canadian developer Behaviour Interactive, the creators of Dead by Daylight and who also worked on Fallout Shelter, who has used stolen assets while working for a different company.

Warner Bros. has said the accusations are “baseless.”