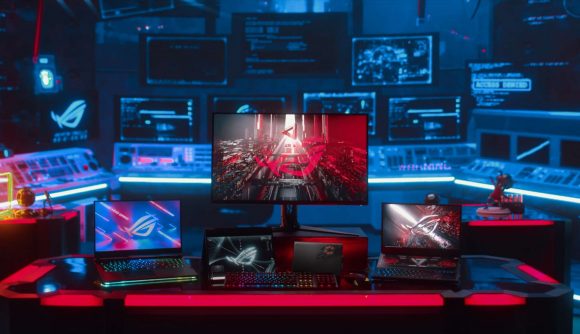 Asus announced the 32-inch ROG Swift PG32UQ, its first HDMI 2.1 monitor, and the second we’ve seen after Acer’s announcement just a few days ago. These new monitors are sure to start filling up our roundup of the best gaming monitors available when they land on shelves. The increased bandwidth in HDMI 2.1 allows refresh rates of up to 120Hz while pushing out 4K resolution, with a low 1ms response time. 144Hz 4K can be achieved through the use of the DisplayPort, but it uses VESA’s ‘Display Stream Compression’ technology to reduce the required bandwidth. You’ll want one of the best graphics cards available to hit that refresh rate in UHD, however.

Asus is also making many of its gaming laptops available with the RTX 30 series mobile GPUs, as well as the Ryzen 5000 mobile gaming CPUs announced yesterday by AMD. Its dual-display laptop, the ROG Zephyrus Duo 15, comes with an RTX 3080 GPU and AMD’s 16-threaded Ryzen 5900HX chip. After seeing a triple-screen Microsoft Flight Simulator setup running on a 3080-powered laptop at Nvidia’s conference yesterday, this combination should be an absolute dab hand for running the best PC games at their highest settings.

Its ROG Strix Scar 17 laptop will also be available with the company’s first 360Hz display, which we’ve seen in a number of other gaming laptops recently, including Razer. Plus, it comes with optical-mechanical keyboard switches in, just like you’ll find on some of the best gaming keyboards. 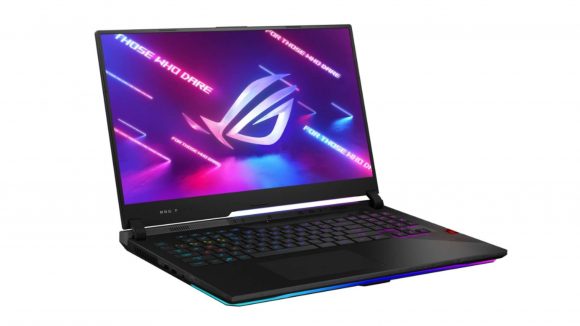 Speaking of keyboards, Asus also released the ROG Claymore II, a wireless RGB optical-mechanical keyboard. Just like the first Claymore keyboard, it has a modular design that allows you to remove the numpad, so you can have a full size keyboard for productivity or set aside the numpad to turn it into a TKL layout for more mouse space in FPS games, for example. 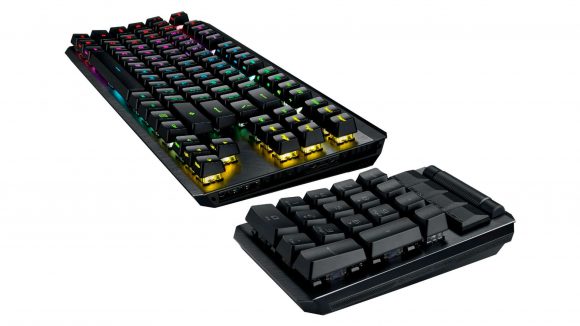 The ROG Gladius III wireless gaming mouse was also released, and its specs make it look like a possible contender for one of the best gaming mice available. Under the hood, it packs a 19,000dpi sensor, RGB lighting (of course), and hot swappable click switches, so you can replace switches for a different feel or to freshen up the mouse when the switches become worn .