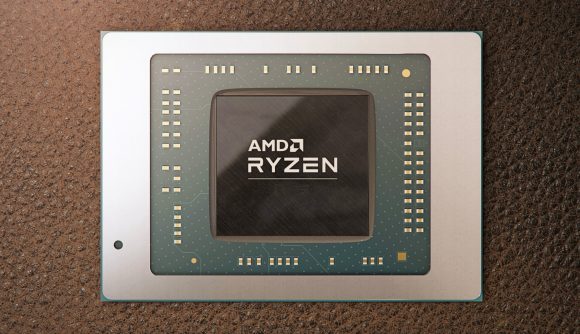 During its Q1 2022 earnings call, AMD unveiled a roadmap for its AMD Ryzen 7000 CPUs built on the company’s latest Zen 4 microarchitecture. In addition to reaffirming the launch window of its desktop chips for gaming PCs, team red announced a new line of processors for the best gaming laptops due to arrive in 2023, codenamed ‘Dragon Range’.

These new AMD Ryzen chips appear to be very similar to their desktop counterparts, boasting the same PCIe Gen 5 connectivity and support for DDR5 gaming RAM. However, these mobile processors will have a lower 55W TDP, compared to 65W on the larger CPUs (something that’s likely a bid to better manage thermals within a laptop form factor).

Despite this slight reduction in power, AMD is confident that its Dragon Range processors will be the best gaming CPUs on the market, describing them as “the number one choice for mobile gaming dominance.” The manufacturer was mum on specifics, but claims that these chips will have the “highest core, thread, and cache ever for a mobile gaming CPU.”

It remains to be seen whether these Dragon Range AMD Ryzen CPUs will be performant enough to dissuade us from buying Raptor Lake gaming laptops instead. That said, RDNA 2 iGPUs could provide an edge if Intel Arc graphics simply don’t stack up when they finally arrive.