Wondering how to get access to the Among Us beta? If you’re anything like us, you’ll have invested hours into running around every nook and cranny of each of the Among Us maps, completing every task with the utmost efficiency; connecting wires with a flick of the wrist, shooting down meteors without a single wasted shot, and starting up the reactor at the same agonising pace as always. You may have even branched out into playing other social deduction games with your friends, putting everything you’ve learned about lying your socks off to good use.

If you’ve been playing Among Us for a while, you may be wondering what new content is on its way, and when we can expect Among Us updates to stir things up a little bit. Originally, Among Us developer InnerSloth had planned to start working on Among Us 2, starting from scratch to create an Among Us sequel with all the new features their adoring fans were looking for. However, now InnerSloth has decided to concentrate on the original game, gradually adding new Among Us updates as and when they’re ready.

They’ve also set up an Among Us beta branch to test out upcoming changes to the game – and there are new Among Us settings being trialled in beta before they’re released to the main client. If you want to dive in and try out these new features and settings for yourself, here’s how to access the Among Us beta branch. 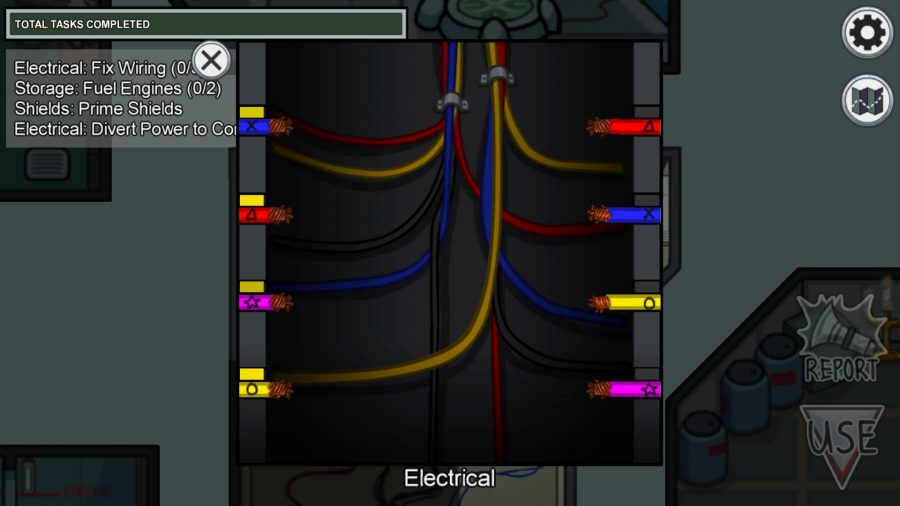 How to enable the Among Us beta version

The Among Us beta is only accessible on PC through the Steam client. Right click on Among Us in your Steam library, select Properties, and you’ll see a Betas tab on the right. Under “Select the beta you would like to opt into”, you’ll see “public-beta” – select this to enable the Among Us beta version. The beta will then download automatically. Note that when running the beta version, you won’t be able to join games with players who are running the standard release version of the game.

Outwitted: Among Us crewmate tips and tricks

Currently, the beta version of Among Us has all the same features as the live version, as of the recent Among Us update. These new features include the option to choose when and if the taskbar updates upon successful completion of tasks, anonymous voting to obscure who voted for who, and something that players have needed for a while – shapes on each wire in the wiring tasks, allowing players who have difficulty distinguishing between the wire colours to complete those tasks more easily.

The Among Us client also now shows players’ equipped cosmetics in the meeting screen, so if you know you saw an inflatable flamingo disappear into a vent but aren’t sure who it belonged to, you’ll be able to call an emergency meeting and find out.

There are more features on the horizon, including a new Among Us map, and the introduction of Among Us accounts, so you can keep track of your friends in-game. These aren’t in the Among Us beta version yet, though – but we’ll smack that big red button and let you know as soon as new evidence appears.

That’s everything we know about the Among Us beta – time to get ahead of the game by preparing for those potential updates in advance. If you really want to look like you’re from the future, you’ll want to unlock some seasonal Among Us costumes months in advance, too.