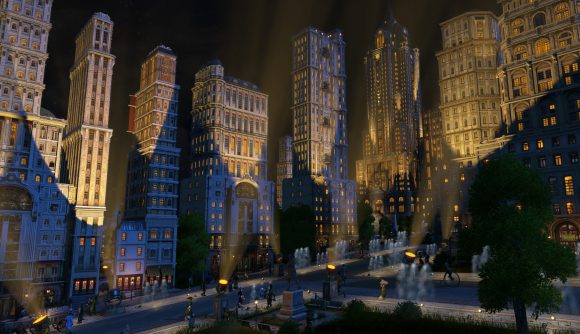 Game update 12 is coming to Anno 1800 next week, and it’s coming alongside the launch of the city-building game’s second season 3 DLC, The High Life. That expansion, which will be available as a separate purchase as well as being part of the current season pass, adds towering skyscrapers to Anno 1800’s Victorian cityscapes, but the patch includes some welcome fixes and improvements for all players, regardless of whether they own the DLC.

Players have noted some performance issues since the launch of Anno 1800’s Tourist Season DLC expansion, which launched in March this year. Game update 12 addresses this problem, and it also makes it less likely for Tourist Season buildings to explode (certainly something you want to avoid while entertaining tourists).

Update 12 also adds some nice little new features, too – they’re by no means game-changing, but they’re pleasant little flourishes that make your Anno-related tasks easier to accomplish. For instance, you’ll be able to activate a notification for when ships reach their destinations within your session, and holding down the ALT key will allow you to select multiple buildings to downgrade at once.

There’s a new highscore screen, which lets you check out how your current save is going at any time, and the loading ramps portion of the trading post UI will be collapsible, giving you more room to review available goods.

The patch notes also include what may be a hint about the next game in the Anno series. In the video clip showing off a new feature that allows you to send ships to NPC islands, the cargo ship seen is called ‘Anno 1305.’

The full Update 12 patch notes are available at the official Anno Union site, and there are a host of bug fixes, balancing changes, and general improvements included. The patch is anticipated to release August 31, alongside The High Life DLC.