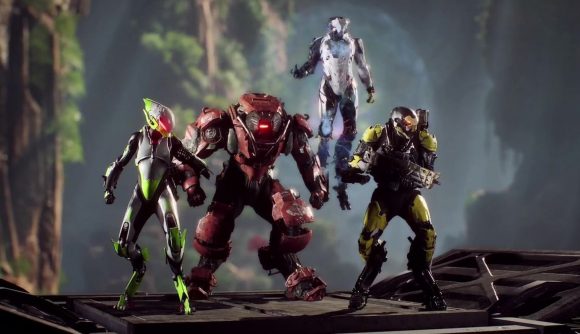 The director of Anthem has announced he’s leaving BioWare. Jonathan Warner, who’d been with the developer for just under a decade, was involved in Mass Effect 3 before moving on to the multiplayer game.

In a tweet revealing his departure, Warner says he’s “moving on to do new things”, and that he looks forward to playing BioWare’s games in the future. “BioWare has been home to my grateful heart for nearly 10 years and I want to wish them all the best,” His tweet says. “Dragon Age, Mass Effect, and Star Wars: The Old Republic are in good hands and I can’t wait to play from this side of the screen.”

Prior to Anthem, Jonathan was a senior producer on various parts of Mass Effect 3, from the multiplayer, to the Citadel DLC, to the Mass Effect Trilogy boxset, and the Wii U port. He then moved onto Anthem, working on that from 2015 through to its unfortunate closure earlier this year, and according to his LinkedIn, he also held a chief of staff role in BioWare his last two years.

EA made Anthem’s cancellation official in February, after deciding against a potential reboot of the action-RPG game. You can still buy the standard version, it just won’t receive any updates.

So, today is my last day at BioWare, I’m moving on to do new things.
BioWare has been home to my grateful heart for nearly 10 years and I want to wish them all the best. DA ME and SWTOR are in good hands and I can’t wait to play from this side of the screen. #ThankYou #BioWare pic.twitter.com/g5zp7hkSV5

BioWare has a number of high profile projects on the horizon, including Mass Effect 5, Dragon Age 4, and Mass Effect Legendary Edition.