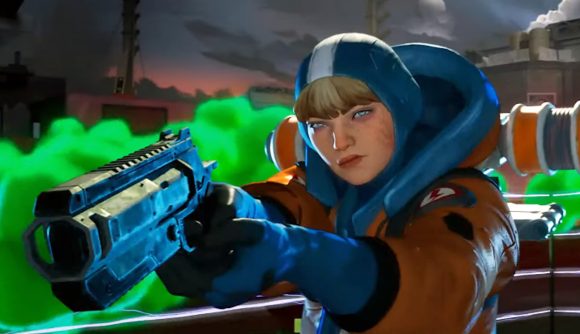 Apex Legends received cross-play between PC and consoles last year, but one of the big things missing from this is proper cross-progression save support. It seems any players looking to make use of this feature will have to wait, as developer Respawn confirms that Apex Legends cross-progression won’t be happening until at least “next year”.

At the moment, while players across systems can play Apex Legends together, anyone who wants to play on different systems themselves can’t right now – or at least, not with the same account. Apex is a free game on all platforms, and even the likes of Genshin Impact has cross-save across systems, so it’s sad Respawn hasn’t implemented it yet.

According to Respawn’s director of comms ‘rkrigney’ in a recent Reddit AMA, cross-progression is not that simple to implement. “Cross-progression is gnarly as hell in terms of being a problem to solve,” they explain. “It’s not only that you have to solve the technical challenge of merging existing accounts, but there are also legal and contractual issues to navigate with purchasing on other platforms. Different regions have different laws. It’s a mess.”

Rkrigney also confirms that the team is “working on it, and we’re committed to delivering it” – although the rough release date isn’t until “next year”, sadly. This tallies with what game director Chad Grenier posted last month on Twitter, where he confirmed that cross-progression had been slowed thanks to recent hacks and DDoS attacks on both Apex Legends and Respawn’s Titanfall games.

In development, although recent hacks on Apex and TF have slowed down the progress of it as we context switch to solving live game issues.

Elsewhere in the recent Reddit AMA, Respawn re-confirmed its commitment to Apex Legends’ next-gen graphical update – despite not being able to give a release date – and Season 10’s new Legend Seer will be getting nerfed in an upcoming patch.