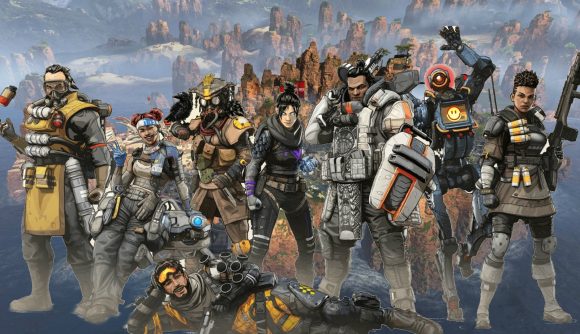 Multiplayer shooter Apex Legends has just hit 70 million players worldwide. The battle royale has grown steadily since launching in February of this year, having cooled slightly after an intense first couple of months.

The official Twitter account made the announcement, thanking players for their dedicated to the game. “Apex Legends has officially hit 70 Million players worldwide!” the tweet said. “We are constantly so humbled and thankful for all of your support.” Developed by Respawn Entertainment, Apex Legends was praised at launch for its merging of the battle royale and ‘hero shooter’ formats, whereby players can pick their favourite character and join a three-person squad for an all out skirmish. It’s one of our top multiplayer games.

The game takes place in the same universe as the Titanfall series. Respawn’s last game before Apex was Titanfall 2, which was critically well-received and did well enough sales wise. A third Titanfall was in development when EA acquired the studio in 2017, but the current status of that is unknown since the team’s entire focus has shifted to this.

Apex Legends was revealed to be coming to Steam as part of EA’s rekindled relationship with the PC storefront. EA and Steam announced that EA would be coming back to the store after leaving in 2011 to start Origin. In addition to Apex, FIFA 20, Battlefield V and more will come to Steam, Star Wars Jedi: Fallen Order leading the charge on November 15.

Related: Everything we know about the Apex Legends Steam release

Apex Legends has officially hit 70 Million players worldwide! We are constantly so humbled and thankful for all of your support. ❤ pic.twitter.com/GUn1AabqC8

Season 3 of Apex Legends began on October 1, which brought the charge rifle from Titanfall and the new legend Crypto, who uses drones technology to mess with foes.

If you’d like to get a leg-up on Apex Legends before Steam players start in 2020, you can start playing it right now on EA Origin.