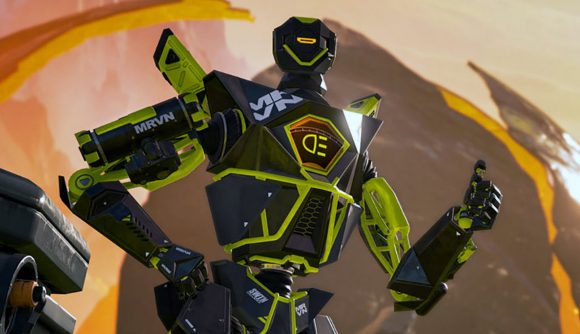 Respawn’s Apex Legends continues to get new features, such as the ranked Arenas mode coming in Season 10, but one major feature the popular battle royale has always missed is the option for private matches for everyone. Good news, then, as Respawn has confirmed that Apex Legend private lobbies are “in development” and it’ll hopefully have a specific ETA “soon”.

At the moment, Apex Legends does have the ability to launch private matches, but it’s only available by code. These codes are provided directly by EA, and can be given to verified creators, companies, tournaments, or whoever they deem worthy. There’s no easy way, in other words, to simply create a private lobby and play outside the public servers – which it’s understandable that dedicated players might want to avoid since they go down frequently.

However, according to Apex’s game director Chad Grenier (thanks Apex Legends News) private lobbies for all players are “still in development” with no specific release date of right now – however, the team will have “a better idea of which season” the feature will debut in “soon”.

It certainly sounds like players won’t have access to the private matches feature in Season 10 of Apex, which is on its way and will likely launch around August 3. However, with any luck the much-requested addition could turn up in Season 11 later this year – although fans will have to wait and see, either way.

Still in development, no ETA yet but will have a better idea of which season soon.

Apart from private matches, Respawn is currently hard at work on numerous other features for Apex Legends. Season 9 is currently underway complete with the game’s first non-battle royale mode, which is getting expanded in Season 10. The bad news is that all this work has left little room for Respawn’s Titanfall games, a fact that a set of players aren’t happy about.