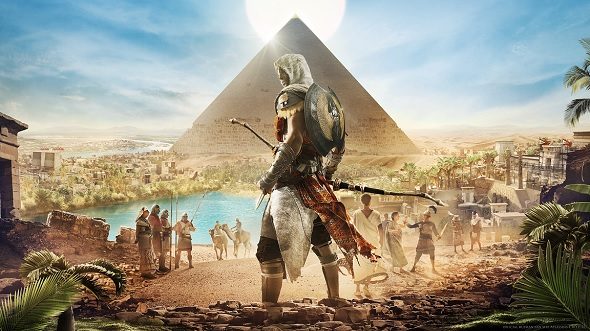 To some, the idea of getting an education while playing triple-A videogames will seem silly at first. How can a game be trusted with such a responsibility? Even those set in the real world stretch the truth and often delve into the fantastical.

However, this year has been host to a number of games that try to teach people about the past. Take Assassin’s Creed Origins, a game that lets you explore Ancient Egypt in its entirety – or, at least, what we currently have mapped out after years of excavation.

Delve into the past with our list of the best retro games.

While exploring the game’s virtual sands and cities, you might learn about the embalming process, you might see the pyramids of Giza in their former glory – wandering within them, even exploring a hidden chamber that was only located by archaeologists after the game’s release. It is the kind of 1:1 experience of a long lost geography that only videogames can offer. Having not been to Egypt myself one of the discoveries I made was how small the Sphinx actually is – it looks much bigger in the movies.

But let’s not get ahead of ourselves – after all, you might come out the other side of Assassin’s Creed Origins believing Cleopatra had a posh English accent. Likewise, this year saw Call of Duty leave behind the rocket-boost jumps of the far future to return to its own roots in the past while screaming “boots on the ground!” at every opportunity. While COD: WWII could have been made in a way that teaches its players about real history, its developers miss the opportunity.

While Sledgehammer Games are reverent and respectful when talking about their inspirations and aspirations – through the personal stories they have shared in interviews, it is clearly meaningful to all involved – the end result doesn’t quite chime with the reality of war. The game begins ass you join the war late, as the Americans, during the D-Day landings. While your perspective switches to other characters on a few occasions, Call of Duty: WWII largely depicts the Second World War as won by a team of near-invincible, globetrotting US soldiers. 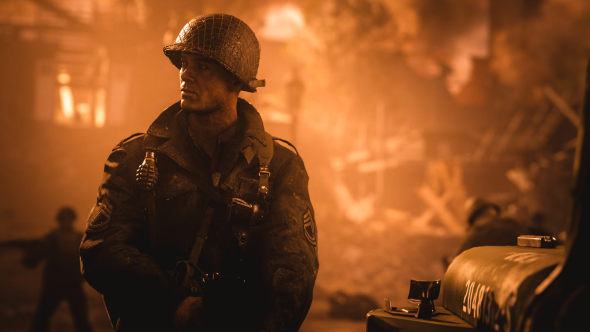 Last year, Battlefield 1 showed how switching perspectives can depict the scale of global conflict. Its opening mission gets across the horrors of war by killing you over and over again – you respawn as a new soldier after every bayonet to the chest, inhalation of mustard gas, and bullet to the body. It is a section that makes great use of the typical life-death cycle of games to get across the scale of death amid the conflict, with the accompanying tone focused on tragedy rather than gung-ho action. It presents World War One as the muddy hell it was and in a way that I hadn’t seen before. In contrast, COD: WWII feels like an interactive retelling of every WWII movie I have seen.

Kingdom Come: Deliverance is another game that will attempt to teach us about our past when it comes out next year, taking us to the Kingdom of Bohemia in 1403. Sword-and-shield combat of the time has been painstakingly recreated, taking into account a weapon’s effectiveness against different armour types, and more. The Warhorse Studios team even have a historian embedded full-time to ensure they adhere to historical accuracy as much as possible.

Still, even in a game focused on being so true to the past, there are some concessions to gameplay. For example, the doors of the 15th century required people to crouch to go through them, but that would be annoying in a game, so they are of a height we are more used to in Kingdom Come. The developers are concerned with realism, then, but only when it serves the game: stealth is easier if you wear dark clothes, heavy armour makes more noise, and the famous faces of the time are based on recorded history. 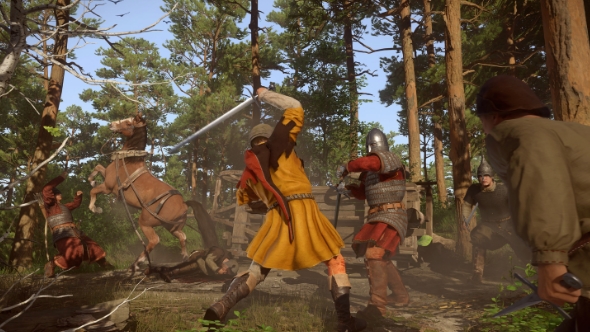 The problem with trying to teach history via games is that they are first and foremost entertainment. This means we end up storming the beaches of Normandy with weapons that shouldn’t be there. It means the battle has to be over in a matter of minutes and that we are not forced to sit on a beach because our character is too shellshocked to move. Realism and truth is understandably sacrificed to benefit gameplay.

But there could be a solution that keeps everyone happy and it is found in the forthcoming update for Assassin’s Creed Origins. Squirreling away all its combat and parkour-fueled exploration, Discovery Mode will give you combat-free slices of Ancient Egypt, talking through the likes of ritual evisceration and offering a guided tour of the pyramids. These narrated experiences have huge educational potential as they make good use of Ubisoft’s incredibly detailed world to offer a history lesson without all the conspiracy theories that often come with it on the History Channel.

As videogames have the ability to capture the feeling of being present in a place when you physically aren’t, it’s encouraging to see the medium’s biggest studios realise the power of this as an educational tool.