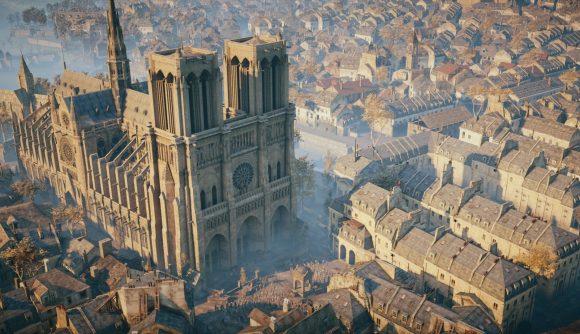 After Ubisoft’s giveaway of Assassin’s Creed Unity, players are leaving tons of positive reviews on the game’s Steam page, offering thanks to Ubisoft and best wishes to Paris, which saw the roof and spire of Notre-Dame de Paris go up in flames Monday.

Unity suffered from a rocky launch, and players shared images of its disappearing faces and other graphical glitches when it came out in 2014. There were other issues too, such as the collectible system that required players to shell out real money to buy keys to open some of the boxes scattered around Paris.

But the centrepiece of the game was inarguably its gorgeous recreation of Notre-Dame cathedral. The basilica is an important location in the game, setting the stage for several missions and an endgame showdown. In classic Assassin’s Creed fashion, you can climb around the entire structure, getting a close-up look at its massive rose windows and bell towers.

Following Unity’s launch, Ubisoft deployed a series of patches that addressed a lot of the most egregious issues, and on PC it’s now a decently solid game – particularly with today’s hardware. I played through the game a couple years ago and had a grand old time, even in multiplayer.

It seems Steam users agree, or at least appreciate the offer Ubisoft’s made to explore Paris and Notre-Dame circa 1789. While its total reviews still register as “Mixed” on Steam, with 61% of 16,308 of them positive at the time of this writing, the 796 most recent reviews are “Very Positive,” with 86% accompanied by a thumbs up. 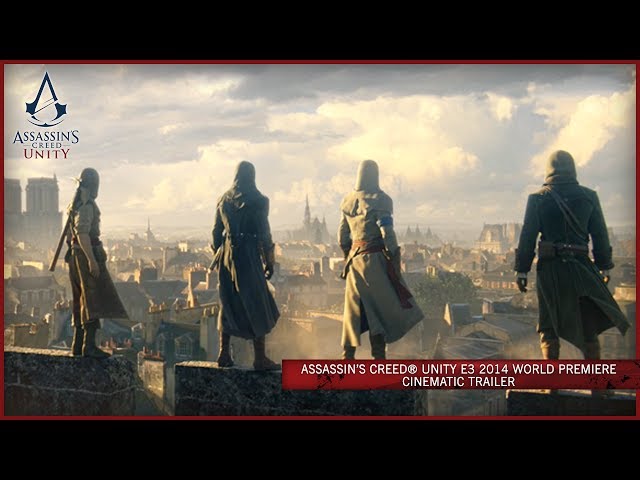 “Thanks Ubisoft & Assassin’s Creed Unity for giving us an opportunity to appreciate what Notre Dame used to be,” writes one player. “God bless France.”

Read more: AC Odyssey was one of 2018’s best games

Other users are simply using their review space to point other players to the fact that Unity is available for free on Uplay until April 25.
The major anachronism in the version of Notre-Dame in Unity, notably, is the spire that collapsed in Monday’s fire. That wasn’t added until a renovation that took place in the middle of the 19th century, but it’s included in the game all the same.