Marvel’s Avengers has seen a few hiccups since its launch last month. The title’s first major patch tackled “over 1,000 issues”, and developer Crystal Dynamics recently announced a bunch of updates were headed the action-adventure game’s way, following dwindling player counts and boredom among some of its players. Now, the studio’s detailed this incoming content – and it includes some in-game freebies for players, too.

Explaining the action-RPG game’s dev team has been busy working hard on improving the game over past weeks, the studio says that it’s handing out “a digital thank-you bundle” as a token of its appreciation to players. This includes 1,500 credits (“enough for a legendary skin and nameplate from the marketplace”), 7,00 units, 250 upgrade modules, 20 DNA keys, and a “Sarah Garza-inspired nameplate (because seriously, you’re the best)”, the post announces.

But that’s not all – the dev details several “areas of impact” it’s working on, one of which is a hearty batch of new content for the superhero game. “Launch was only the beginning for Marvel’s Avengers,” the post explains. “We have both refinements to existing content and sweeping additions coming that will introduce new mission types, characters, regions, and even higher global stakes.”

As a sign of our appreciation, players will receive a digital "Thank You" bundle starting October 22:

In discussing the “recently dropped” Mega Hive late-game missions, the studio says it’s working towards a multiplayer option for this mode “in the coming months”. Plus, “A new outpost, SHIELD Substation Zero, dropped this week in the Pacific Northwest,” the post adds. “Visit this space to meet new characters and activate new rituals” – oh, and tackle some “much more challenging” gameplay in the form of Tachyon storms. Yikes.

Alongside these, Crystal Dynamics says it’ll have something else new “in the coming weeks” –  a “new mission classification to Marvel’s Avengers – Omega-level threats”. Missions tagged as Omega-level are multiplayer-based challenges aimed at higher level players and offer some sweet late-game goodies, as well as an “Avengers-worthy fight at the finale”. Gulp. 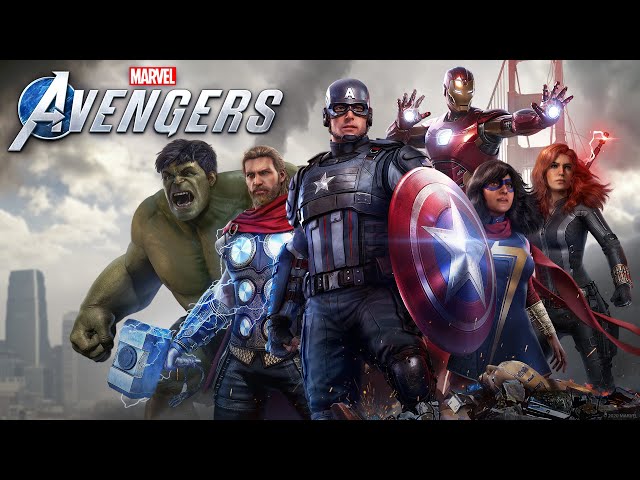 The upcoming Kate Bishop – Taking Aim content, however, has been pushed “back a bit, out of October”, and there’s no exact date to jot down instead just yet. You can find out plenty more on the Avenger’s update post linked above, and while you’re here, you can take a peep at our Marvel’s Avengers review if you haven’t yet delved in and are keen to get an idea of what it’s all about.