Want to know what all of the best cards are in Back 4 Blood? The Back 4 Blood release date isn’t far off, and there’s a lot of buzz surrounding the co-op shooter thanks to a successful closed beta that surpassed Warframe and TF2’s player count. One of the key mechanics is building a deck, and while the best Back 4 Blood characters help steer your deck towards an archetype, it’s the cards themselves that make up the bread and butter of your Back 4 Blood builds.

There are two types of decks that you can make in either the campaign or Spawn multiplayer mode. Cards are earned by spending Supply Points – obtained by completing missions in the campaign or from the Supply Line tracks in Spawn mode.

If we’re not counting the Corruption cards that the AI issues as an extra challenge for each level, there are 152 active cards you can put into decks in the beta. We’ll be going over which Back 4 Blood cards are the best for your play style, and any potential combos that you should take advantage of.

Each card sits in one of four categories: Reflex, Discipline, Brawn, and Fortune. While a lot of what constitutes ‘the best’ relies on your play style, the cards in each one of these card categories helps you gear your deck towards one of the four affinities. Melee attackers should take advantage of the best Brawn cards on offer, while healers should opt for Discipline cards, and snipers load their deck up with Reflex cards.

There is sometimes a bit of crossover between the affinities and play styles, as melee attackers benefit from Reflex stamina regeneration cards, so it’s worth playing around with deck compositions.

Fortune cards are an exception, as all three play styles can benefit from the extra copper, but there are some builds that Fortune cards suit more than others. For example, if you’re using a melee weapon, the Mugger card has a small chance to generate ammo with every kill, which can aid the rest of your team immensely. 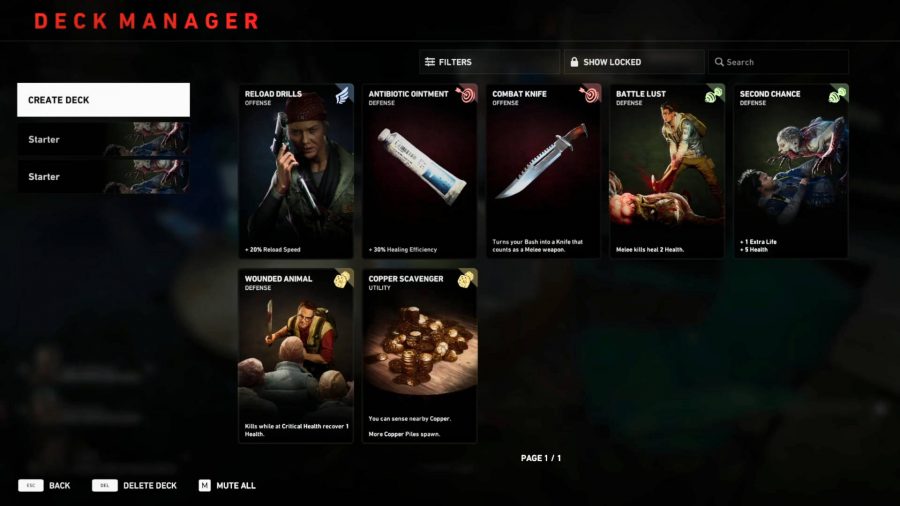 Since cards are randomly drawn from the deck at the start of each round, you want to build the best Back 4 Blood decks to compliment your play style. Although you get a maximum of 15 cards to place in your deck, it may be worth holding off on filling all of your slots. If you’re using stat buff cards, for example, the effects of the buff can be stacked.

The biggest tip that we can give for deck construction is that if a card has a drawback, only put it into the deck if you have a corresponding card to counter its ability, or are comfortable with that limitation. For example, the Motorcycle Helmet card improves your damage resistance, but disables aim down sights – so if you have the Tunnel Vision card in your deck, you won’t benefit from the +50% aim speed buff.

With those tips in mind, here are all of the Back 4 Blood cards by type, and which cards to pick for your build: 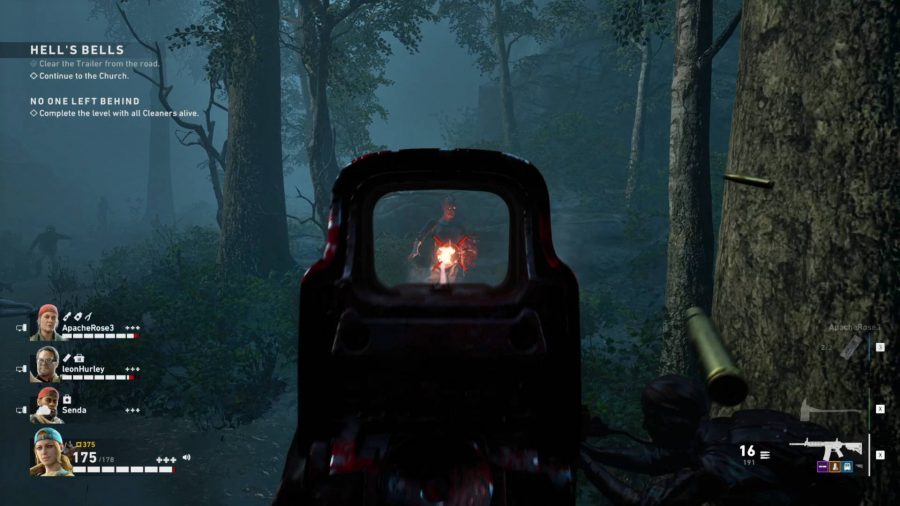 For those focused on attacking enemies or exploiting enemy weak points, you should take at least one card that helps with reload speed, one that boosts weak spot damage, one for increasing your accuracy, and one for bolstering your ammo capacity. For dealing with higher difficulties, you’ll want to use grenades and other explosives. Fire in the Hole! grants temporary health and movement speed for a short time after an Offensive Accessory is used, so is a fantastic option.

If you have a melee-focused game plan, perk cards that increase stamina regeneration and movement speed help a lot, while healers can benefit greatly from revive speed cards like Smelling Salts.

Here are the best Back 4 Blood Reflex cards: 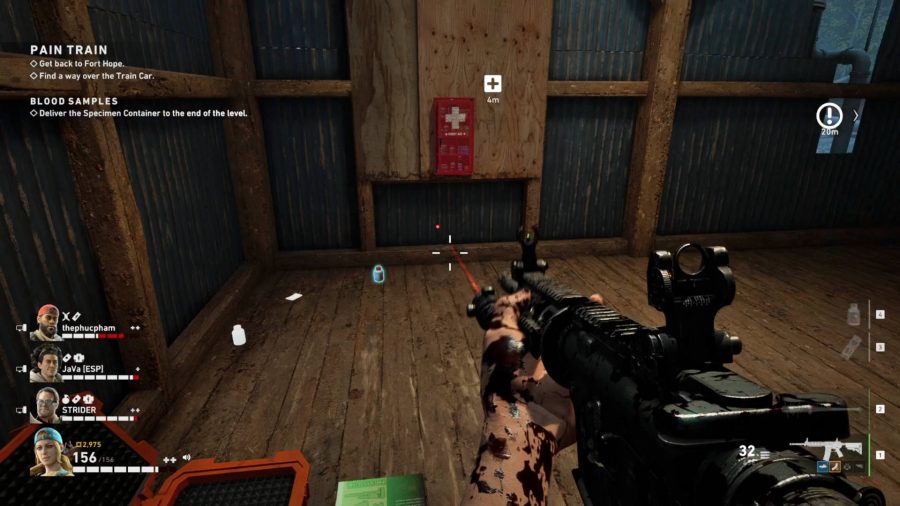 Everyone benefits from buffs to ammo capacity, since ammo can be very difficult to come across if multiple players are using the same gun type. DPS builds should choose cards that grant accuracy, like the Trigger Control card which boosts accuracy if you’re using assault rifles or sniper rifles.

Healing builds should choose healing efficiency cards to bolster how much they heal for. Charitable Soul is a must-have card since healing others heals yourself as well, and there’s no drawback to using it. If you’re playing support, all three scavenger abilities can help locate much-needed supplies to restock your team’s ammo stocks and ordinance.

If you’re a melee-focused attacker, the damage resistance perks are necessary for close encounters with enemies. Down in Front! is handy if you’re using a shotgun, as your allies can fire overhead and not worry about hitting you as long as you’re crouched.

Here are the best Back 4 Blood Discipline cards: 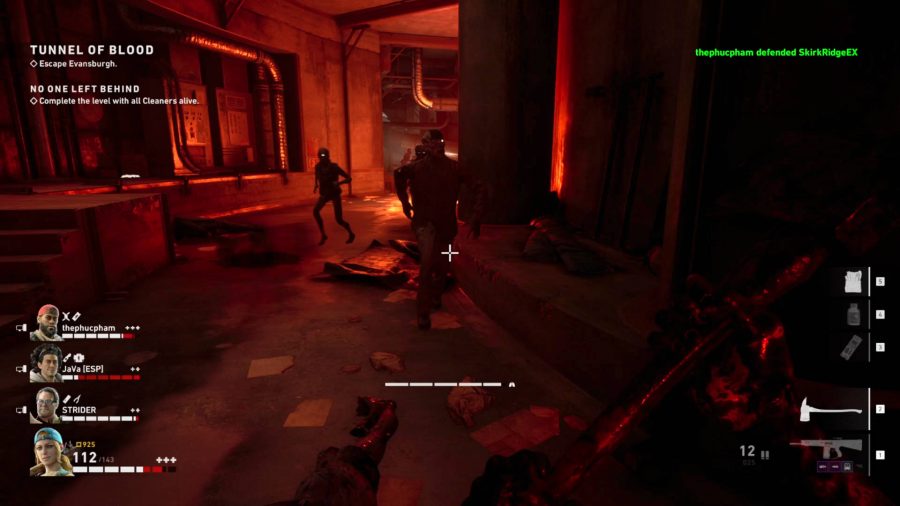 Trauma resistance cards are best for melee builds – if you’re knocked down, the resistance affects how much maximum health is lost when you’re revived by a teammate. Snipers and other precision-based DPS builds definitely benefit from Broadside, as you can hit enemy weak spots, causing them to burst and deal damage to nearby enemies.

Other than upgrades to melee damage, melee builds should opt for Battle Lust to regain health for every melee kill, and Sunder, which allows you to mark tough enemies. Marking enemies makes them more susceptible to damage and ensures your teammates can take them down faster. Support builds that use ordinance should choose Bomb Squad, while healers can nab Chemical Courage to apply a temporary damage buff to anyone you’ve healed via pain meds.

Here are the best Back 4 Blood Brawn cards: 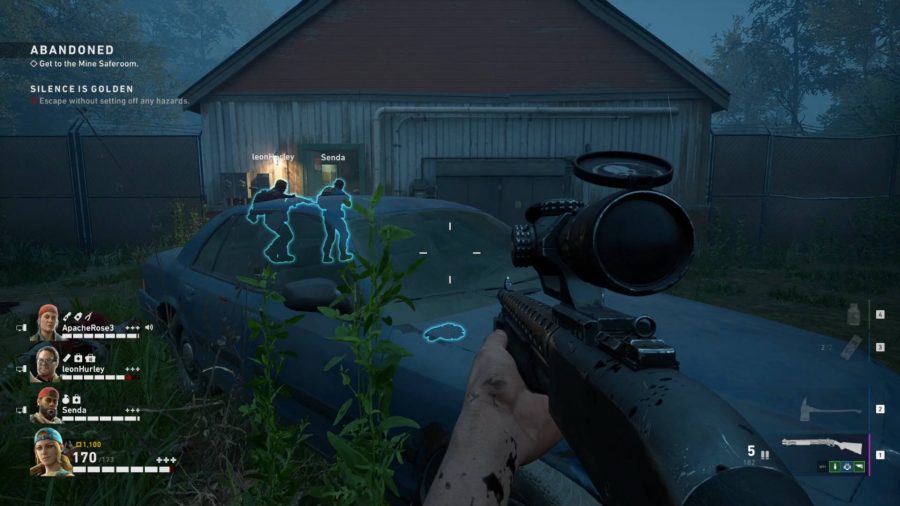 Fortune cards are a little more nuanced. They’re an assortment of different perk cards that don’t really fit in with any of the other three types. Most are based on getting more copper, and there are plenty of Support and Offensive inventory increasing perk cards that all builds can use effectively, but there are only a select few that benefit certain builds.

For example, melee builds should include Mugger for added ammo spawns for the whole team, while those specifically using shotguns should absolutely use Shell Carrier. Others like Run and Gun are handy for ranged DPS players who just want to keep a safe distance between enemies.

Another key example of a potentially powerful Fortune perk card is Ammo Stash, which gives your secondary weapon infinite ammunition at the cost of a slower reload speed. If you have a Desert Eagle equipped, then Ammo Stash is a fantastic perk card to use, but keep in mind that you’re locking yourself into using guns as the secondary slot.

Some of these perk cards can potentially interact with other powerful effects. While we’re not entirely sure if there is an interaction between the aforementioned Ammo Stash and the Brawn perk Two is One and One is None (which allows you to equip a primary weapon into the secondary weapon slot), the potential to give one of your weapons infinite ammunition could result in a busted combo..

In the campaign, players can use spare slots to equip perk cards that provide copper: Copper Scavenger, Money Grubbers, and Lucky Pennies. It’s best for each team member to have one of these equipped as you can use copper to buy weapons, attachments, and other equipment at safe rooms. You can also use copper to buy perk cards from perk card holders and additional healing charges at healing stations throughout levels.

Here are the best Back 4 Blood Fortune cards:

And those are all of the best Back 4 Blood cards available. If you’re just getting started, you may wish to know how many acts are in Back 4 Blood’s campaign.