I’m a big fan of Harebrained Schemes’ BattleTech – as you might gather from my review – but there are certainly a few things that could be clearer about its different systems. After playing for about 40 hours I’ve discovered a lot of things about the UI and play mechanics I wish I’d known when I started out.

I’ve picked out the seven most pressing for you below.

Turn off your weapons

This may seem obvious but it’s not something that BattleTech’s tutorials make abundantly clear: you don’t have to fire all your weapons at once. When you’re aiming at an enemy unit and ready to hit that fire button, you can deactivate individual weapons by clicking on them. 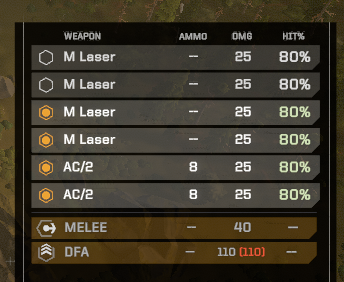 Firing a mech’s full suite of weapons, known as an alpha strike, is a great way of knocking the stuffing out of enemy mechs but it has its downsides. There are a number of times you’ll want to be more selective: when you’re trying to manage your heat generation – firing all your weapons at once is a good way to cause internal damage and force a shutdown; when you want to conserve ballistic ammo and missiles and you don’t want to waste them on a weak enemy; when your weapon systems are ill-suited to the situation – you don’t want to fire 30 long-range missiles at a mech stood ten metres away, most of them will miss.

Which side you’re shooting at is indicated by the UI

There are lots of nuances to BattleTech’s UI that you’ll pick up in play but the most useful of them is that your HUD indicates what side of a target you’re aiming at. It may seem obvious where your attacks will land but there are times where it’s hard to tell by eyeballing whether you’re shooting at an enemy’s front or side. Handily, when you’re in the fire preview, the throbbing red lines on the mech schematic indicate where your hits will land.

There’s actually a second indicator, too, hinting at the importance of focusing your fire on the same area of a mech over multiple attacks. When you’re moving your mech and rotating its firing arc, if you hover over any enemy mechs in range then you’ll see at their feet a circle broken into four pieces, the red segment is the side of the mech you’re shooting at. 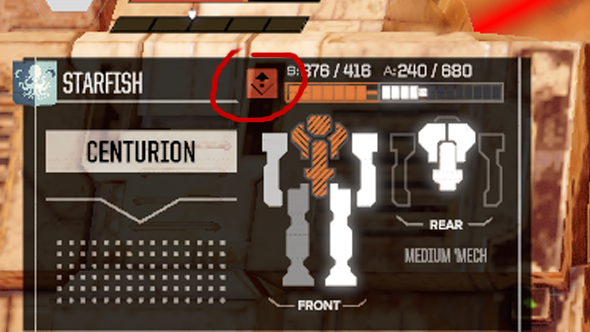 You may be dead-set against the idea of ejecting but it’s a near-essential tool in the later games of BattleTech. When a mech has been cornered and it’s being pounded by the enemy, losing limbs and taking internal damage, your pilot is at great risk of being killed. If there’s no escape for the mech then hit the eject button and the pilot will launch to safety, living to fight another day.

You even get to keep the mech, too. After the battle is done, your cleanup crew salvage the mech and you can repair it in the mechbay.

The eject button is found in the bottom left of the HUD, in the box showing your mech’s status.

Harebrained Schemes have indicated the advantages of different weight classes by where they take their place in the turn order – lighter mechs get to act before heavier mechs. But it’s a little more complex than that, you can order a mech to reserve its turn, letting it act later in the turn order. 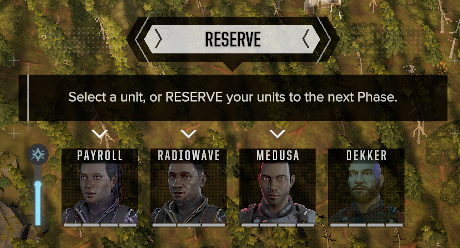 There are loads of advantages to doing this and it’s worth thinking through every move before acting. If, for instance, you have detected enemy mechs on sensors but you’ve not yet got line of sight on them, you could send your light mechs towards the enemy to reveal them, or reserve and let the enemy come to you instead. If you move to them you might catch them off guard, but when it gets to their turn they could move to a spot that takes most advantage of your new position. If you let them move first then you have the flexibility to position yourself to their disadvantage, moving behind them or to the side.

Only do rep jobs for repeat clients

When negotiating contracts you can sacrifice cash or salvage rights for a reputation boost with your client. Build your reputation high enough with a client and you’ll get bonuses to job payouts and discounts in any shops in systems they own. These discounts quickly make themselves worth it in the long run. 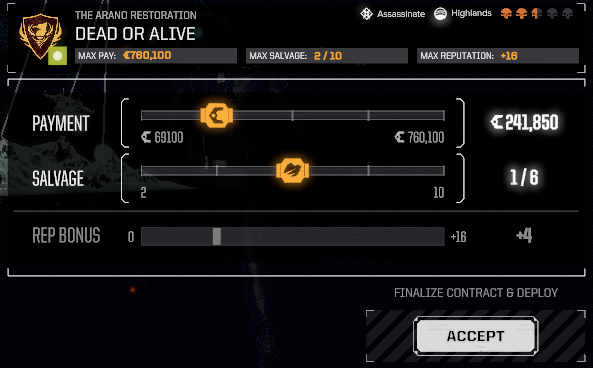 That said, there’s not much to gain by making those sacrifices for rep boosts with every client you work with. It takes a long time to build your rep up and if you’re only doing one job for a client before moving to a new system then you’re losing immediate loot for no short- or long-term gain.

The main campaign sees you working with a few clients repeatedly and in missions that have high payouts. They’re a good set of missions to build your reputation on. 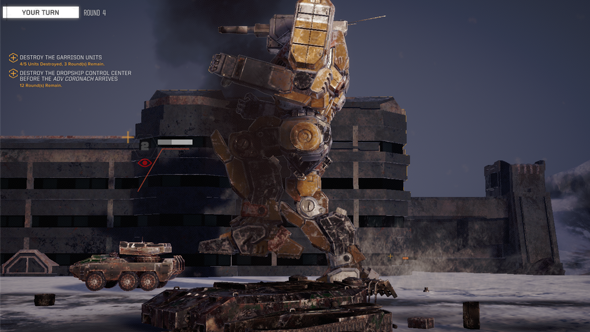 If your main experience of the BattleTech universe is the MechWarrior games then you may make the same mistake I did and see enemy vehicles as little more than gnats. In BattleTech, however, they’re utter swine and you have to stamp them out before they splinter your lance.

As you progress through the campaign you’ll come across tanks with much more armour than they do in the early game and packing racks of powerful weapons. The SRM Carrier, for instance, will launch a wave of missiles at your mechs that can be enough to take strip away all their armour, multiple limbs, and knock them to the floor in a single attack, if not outright kill them.

Weapons are one way to kill these vehicles but by far the most effective way is to get close enough for your mechs to stamp on them. It most instances it’s an instant kill. 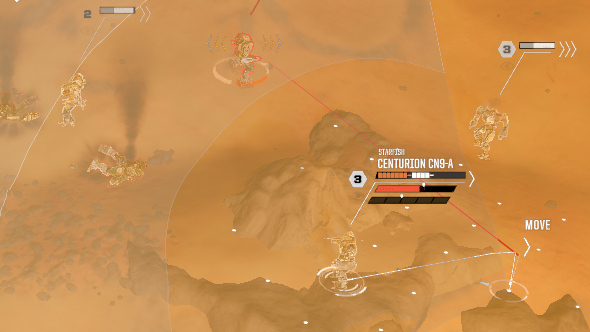 In the same way you should try and hit your enemy in their weakened areas, they will try to respond in kind. The AI is particularly vicious when it comes to eviscerating your mechs so don’t give them the opportunity.

Your mech’s status HUB tells you which parts of your mech are most damaged. When it comes to moving your mechs, try and position yourself in a manner that keeps your weakest spots facing away from the enemy.

Your mechs have a surprisingly wide firing arc, so you can often be facing almost away from your target and still fire on them with little issue.