While the best graphics cards from Nvidia and AMD can record your PC’s gameplay directly, these methods sometimes come with a performance tax that lowers your game’s frame rate and makes your stream stutter. Grabbing a capture card is the best way to ensure a quality livestream, as it translates gameplay into a language better suited for Twitch and YouTube, lowering the overhead on your hardware and helping you boost fps. It’s also the only way you’ll get all the benefits of the best gaming PC when livestreaming from consoles like the PlayStation 5, Xbox Series X, or Nintendo Switch.

Thankfully, capture cards are much more affordable these days, supporting up to 4K resolutions and high refresh rates – perfect for those of you recording or streaming competitive titles.

It can be a maze navigating the number of capture cards available, with models that connect to your PC via USB and ones that slot directly into your motherboard. Some even come adorned with RGB lighting – yes, really. We’ve found a wide range of capture cards to suit you, no matter your budget.

These are the best capture cards for livestreaming and recording your PC or console gameplay: 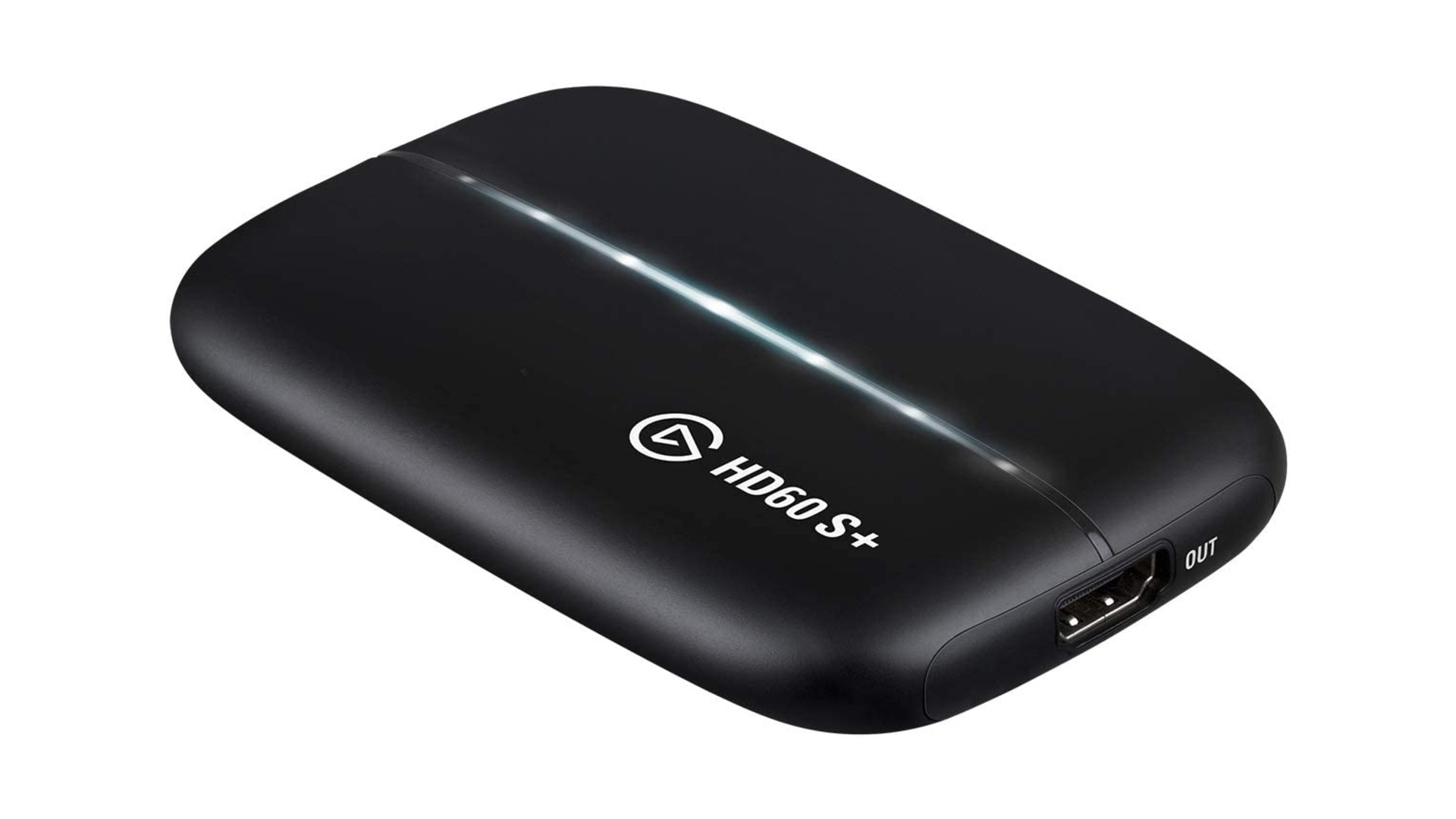 The best capture card is the Elgato HD60 S+.

Elgato’s HD60 S+ is the best capture card for 1080p streaming at 60fps. While it records gameplay in HD, it still allows you to see the image at a higher resolution thanks to its passthrough supporting 4K, 60fps, HDR10, and zero latency – which is ideal if you’re using it with the best gaming monitor.

It’s an external model that connects to your recording device via USB, supported by an app that makes it super easy to set up with your favourite streaming software, such as OBS or XSplit. 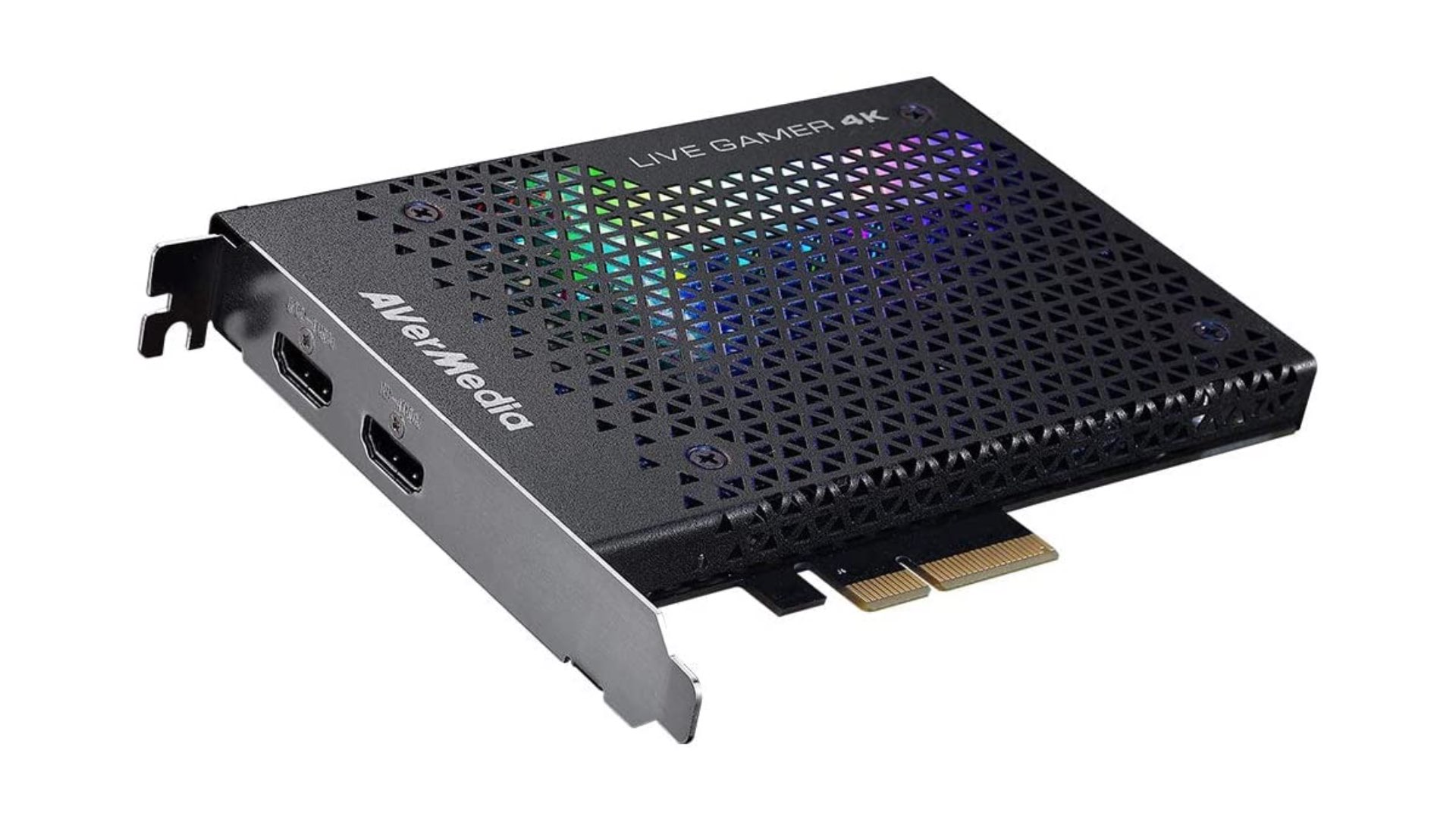 Streaming a competitive game such as CS:GO or Dota 2? You’ll want the capability of high refresh rate passthrough. This model can handle passthrough and recording of 4K resolution at 60Hz, 1440p at up to 144Hz, or 1080p at 240Hz, keeping gameplay as smooth as butter for you and your viewers.

It’s an internal capture card that slots into a PCIe x4 slot, so make sure you’ve got one spare on the best gaming motherboard. Oh, and there’s RGB lighting, which won’t improve streaming quality, but it’ll look damn good as it works its magic. 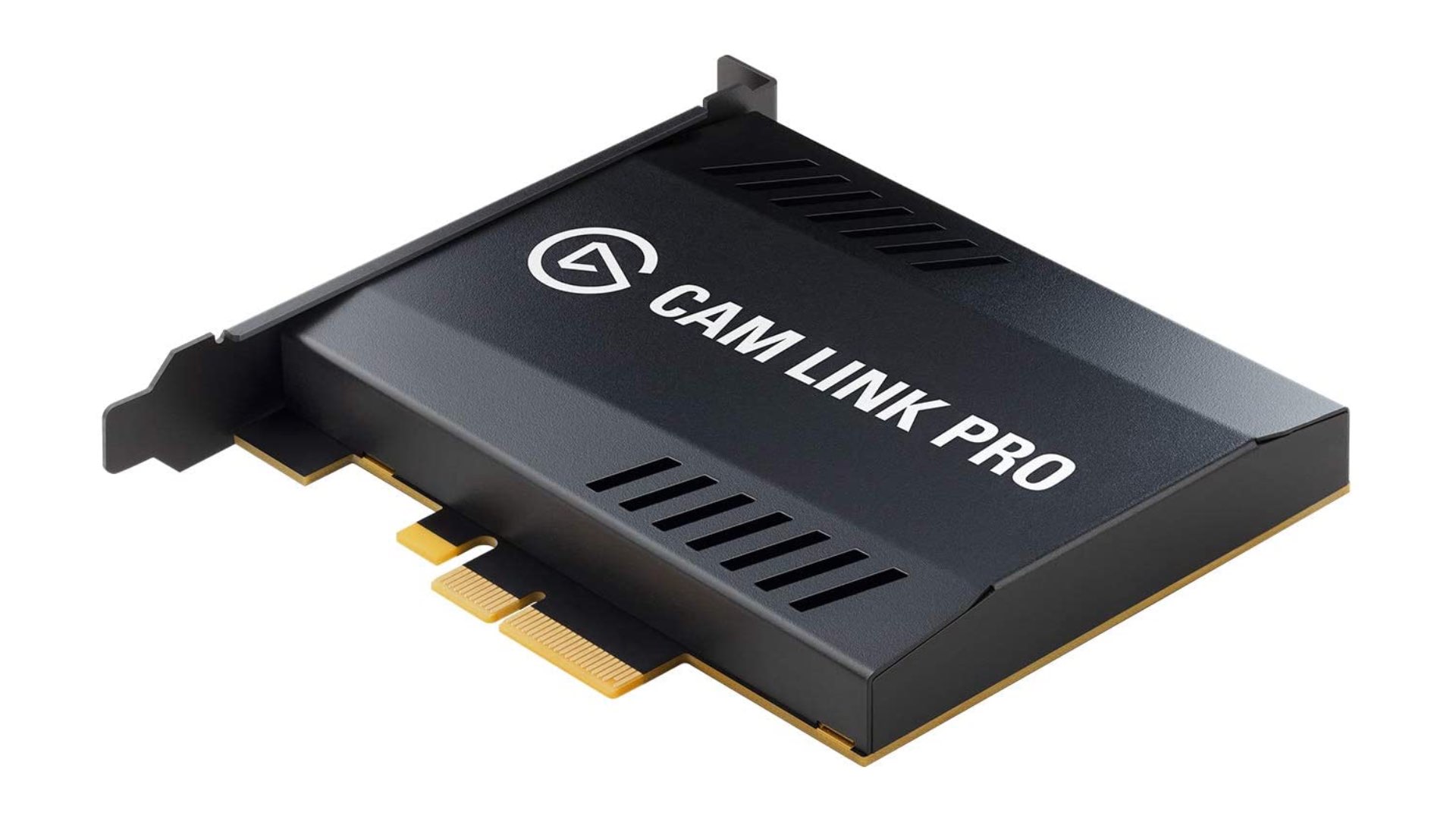 The best capture card for streaming is the Elgato Cam Link Pro.

This model is unlike any other in this list, letting you capture up to four HDMI inputs simultaneously, either pushing 1080p at 60fps or 4K at 30fps. You can use a DSLR camera to capture your face at a better quality than the best webcams, while streaming your gameplay, and have a secondary cam to capture your mouse all processed through a single device. It doesn’t have passthrough, though, so you’ll need to view the signal through Elgato’s own software rather than on a separate monitor.

You can combine all inputs either as a single picture within Elgato’s software, or send them as separate inputs to your favourite streaming software, such as OBS. It’ll also integrate with Elagto’s Stream Deck for easy switching between input views. 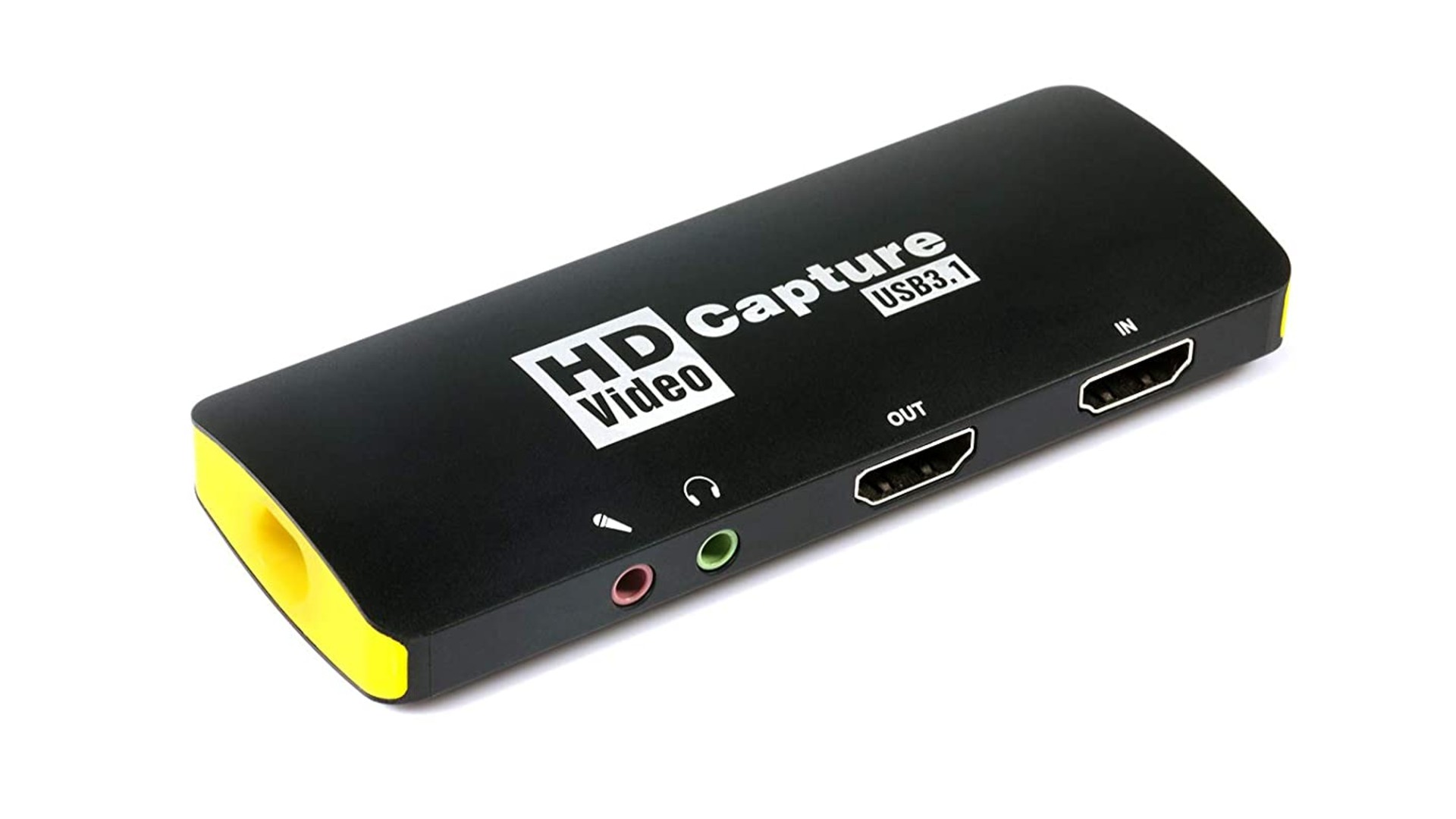 The best budget capture card is the Mirabox HSV3217.

If you’re interested in capture cards but you’re not prepared to spend big figures on a device, Mirabox provides a good, wallet-friendly alternative. This dongle-sized option has the ability to record your gameplay and output to your display at up to 1080p at 60fps, with zero latency.

There’s also the option to plug in the best gaming microphone with a 3.5mm connection, and an audio out jack to connect the best gaming headset and listen to the audio from the device you’re recording. 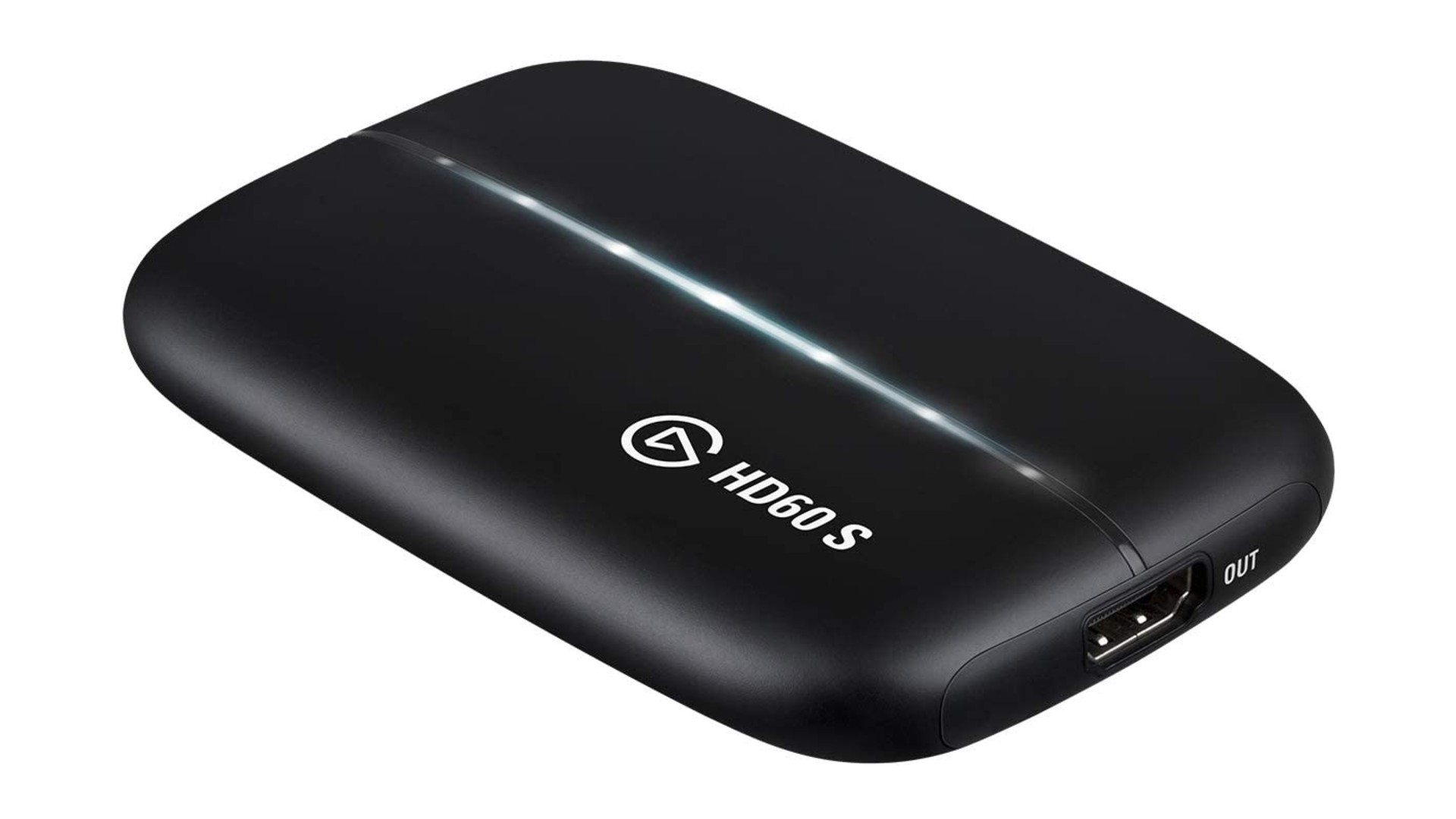 The best capture cards come from established brands in the space like Elgato and Avermedia, but that doesn’t mean you need to pay a premium price. In fact, Elgato’s HD60 S capture card is currently $21 cheaper at $158.99 in the US and has a £10 reduction in the UK, costing you £149.99.

It’s quite similar to our favourite model, but while the HD60 S+ can record HDR content and has a 4K resolution passthrough, the standard version sticks with 1080p across the board. This shouldn’t be a problem if you’re not using a UHD monitor, though, and it saves you a good chunk of money even without the added discount.

what is a capture card?

Capture cards are devices that help you record gameplay and stream on Twitch, YouTube, or any other platform. They’re not quite plug-and-play, given that there’s software to set up and tinker with, but they streamline the process and make encoding easier so there’s less of a performance hit on your system.

which capture card should you go for?

The little guys can often surprise you when it comes to gaming hardware, but there’s a reason Elgato and Avermedia appear prominently on our list, and that’s because they’re tried-and-tested devices, backed by feature-packed software that’s well supported and frequently updated. There are plenty of other options to consider, but it’s rarely worth the headache when the extra money you spend will prevent a great deal of frustration setting it up and getting it working.

Do you need a capture card to stream?

The short answer is no, but capture cards are a tremendous help. Nvidia Shadowplay and AMD’s Radeon ReLive software are both good at capturing shorter snippets of your gameplay, and you can stream directly through OBS or Xsplit, but a capture card often provides a cleaner image and smoother gameplay no matter what device you’re rocking. They’re especially helpful devices when trying to stream from multiple PC setups and consoles, too.