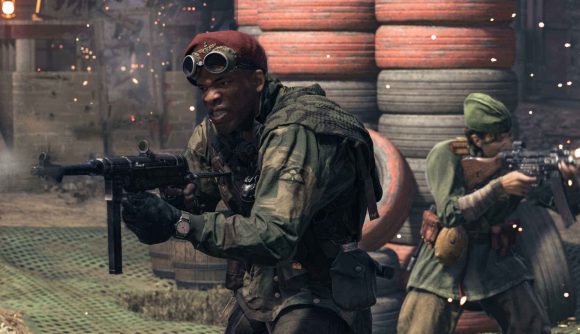 It’s almost time to jump into Call of Duty: Vanguard’s campaign and multiplayer modes, and we now know what your gaming PC will need to stand its ground. While Beenox’s PC port has the potential to shine bright on the latest RTX GPUs, you won’t need to revamp your rig to jump into the action.

If you’re a Call of Duty regular, you’ll already know that preparing for battle is going to involve freeing up some storage space on your SSD or HDD. Thankfully, Vanguard’s installation demands aren’t quite as outlandish as Call of Duty: Warzone’s, but you will still need to accommodate the game’s 36-61GB required space.

Settings wise, Vanguard has various bells and whistles, from ultrawide gaming monitor support to uncapped frame rates and a low latency mode. Naturally, these settings are going to appeal to players wielding high spec PCs. However, if you’re sporting a slightly older build, you should still be able to join the fold.

In addition to the below settings, your PC will need DirectX 12 support and an updated version of Windows 10/11.

Of course, if you’re lucky enough to own a more up-to-date graphics card, you’ll be able to delve into using ray tracing and other system intensive features when the game lands on November 5, 2021. Also, while Nvidia DLSS and AMD FidelityFX compatibility hasn’t been announced for Vanguard, it could help players strike a balance between ambitious settings and acceptable frame rates in the future.

It’s needless to say that the Vanguard specs are pretty forgiving, especially when you consider the inclusion of an entry-level GTX 900 series card. The fact that previous generation cards are listed should comfort some fans who have yet to update their gaming PC setups, especially since RTX 3000 series stock is scarce.

Can you run Call of Duty: Vanguard? Our friends on PCGameBenchmark can help you figure out if your machine is ready to jump into the fray.