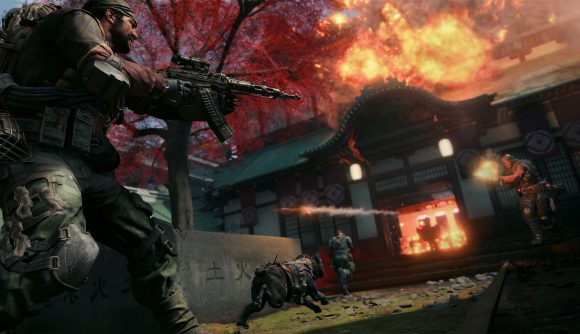 With Call of Duty: Warzone still whirring along its merry way, Activision has been uncharacteristically reticent about details on the upcoming Call of Duty title. Dataminers, however, have been digging away looking for clues, and this weekend they unearthed what they believe to be a partial list of single-player missions and multiplayer maps for what may well be called Call of Duty: Black Ops CIA.

The Gaming Revolution reported July 17 on a player who had managed to launch something called The Red Door through the Microsoft Store on Xbox One. That app, listed as a demo, shows “Call of Duty: Black Ops CIA” as the text title under its icon. The splash screen, which they saw when they managed to get the app to run, reads Call of Duty: Back Ops, without any mention of the American foreign intelligence agency.

Whatever the title, various datamining groups have been digging through the Red Door’s files looking for clues. Prototype Warehouse has posted what it says is lists of maps and missions. The single-player missions are listed with a three-letter prefix that appears to indicate the country where the mission takes place.

“ger_stakeout” would seem to indicate a mission called “Stakeout” set in Germany, while “nic_revolution” is likely set in Nicaragua and called Revolution.

Here are the multiplayer map tags:

A notable word that pops up a couple times is Duga, which is the name of a massive, Cold War-era Russian early warning radar array. The Duga were huge steel structures, 700 metres long and 150 metres high, and they transmitted powerful, repetitive shortwave radio blasts – earning them the nickname ‘The Russian Woodpecker’ for irregularly interrupting western radio broadcasts with rapid-fire blasts of short, loud signals.

Two were built: one in eastern Siberia, and the other – as anyone who has played Stalker will likely know – near the Chernobyl nuclear reactor in Ukraine. This of course was the setting for Call of Duty 4: Modern Warfare’s ‘All Ghillied Up’ mission, one of the Call of Duty series most beloved single-player missions to date.

The names certainly fit prior leaks about this year’s Call of Duty being a Cold War focused affair, with visits to Germany, Vietnam, Nicaragua, and Russia all indicated by the single player mission names. The Duga radar references likely mean the story is set sometime before 1989. A mission called “Revolution” in Nicaragua could mean any number of settings going back as far as the 1960s, but it seems likely that it’ll be sometime during the Contra War that ran from 1981-1990 and was a significant proxy battleground in the global Cold War between the USSR and United States.

Nothing is certain though, and this is all conjecture based on leaks of various provenance. We’ll be certain to find out more when Activision and Treyarch decide to officially reveal this year’s Call of Duty title. In the meantime, read our guide on how to find Bunker 11 in Warzone and the weapon blueprints hidden inside, or check out the best AUG setup for Warzone.