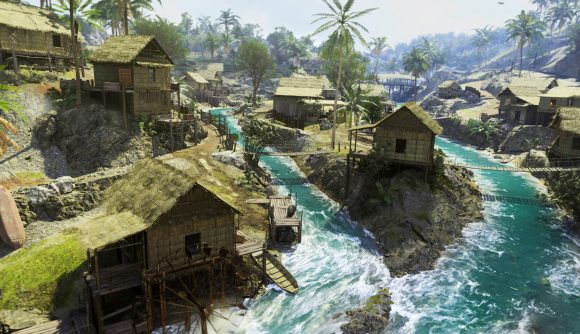 Warzone Pacific may just be wrapping up its first season, but the clock is already ticking on the new battle royale map. This year’s Call of Duty, which will be a sequel to 2019’s Modern Warfare, will introduce a “new Warzone experience,” Activision has now officially announced. That’ll include a brand new map, a new ‘sandbox’ mode, and a spiffy new game engine.

“Expect a massive evolution of battle royale with all-new playspace and a new sandbox mode,” the Call of Duty staff writes in a new blog post. The post confirms that both the new Call of Duty and the new Warzone will both be powered by a new game engine, and that Infinity Ward – which handled development on Warzone and Modern Warfare 2019 – will be leading the development on both.

“The new game and a new Warzone experience are designed together from the ground up,” the post reads. Charlie Intel has additional details from a press call with Infinity Ward co-studio head Pat Kelly, who described the new sandbox mode as “incredibly ambitious” (without going into further detail) and said the side-by-side development of the new Modern Warfare and Warzone will allow for better integration between the games.

The post also discusses some of the coming updates in Warzone Pacific season two, including improved movement across the board, a gas mask animation that doesn’t interrupt aiming down sights, and a new armour plate system that refills full plate slots before filling damaged ones.

We don’t have a release date for Call of Duty: Modern Warfare 2 or for the next version of Warzone. Kelly did confirm, however, that they’ll both be out this fall.