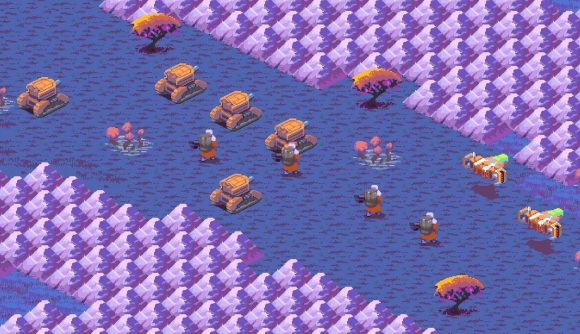 Sure, Humankind and Total War: Warhammer III are exciting, but there’s plenty going on in the indie strategy scene worth paying attention to as well. Yesterday’s Fragile Existence has me all excited for space RTS games, and now Modern Wolf’s new project, Cantata, is bringing back some Advance Wars feelings I didn’t know I was missing.

If nothing else, Cantata is stylish. Officially the art style is “pastel kaleidoscopic sci-fi”, but whatever you want to call it, it’s distinctive. This is a turn-based strategy game that mixes the tactical combat of games like Advance Wars, with logistics-based base building that you would see in Factorio. The official fact sheet even cites Alpha Centauri and Final Fantasy Tactics as inspirations, among others.

Cantata emphasises characters, and there are nine to choose from, three each for the game’s three factions – the Machines, Humans, and Aliens – with every faction having its own unique unit roster. The base building element will see you placing down different buildings to collect, refine, and then ship resources to other buildings which will take those components and build units from them.

There’s a Steam demo available to play right now if you want to check it out for yourself, but we took it for a quick spin and were impressed. There’s a global resource that doesn’t replenish through-out the whole campaign that you will need to keep an eye on, where-as in-game action is governed by action points and on map resources. 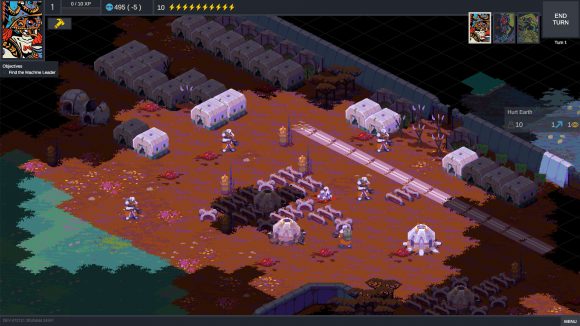 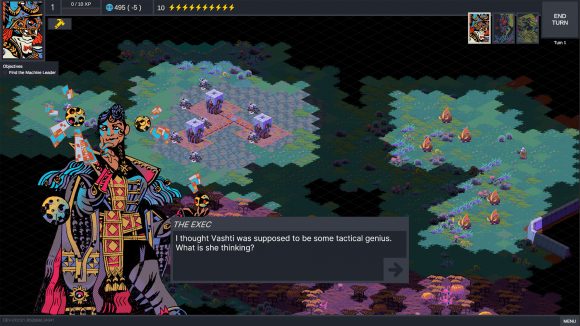 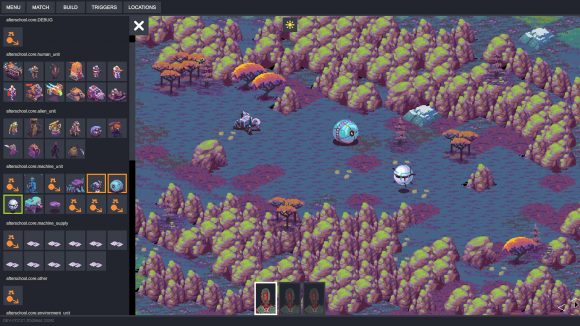 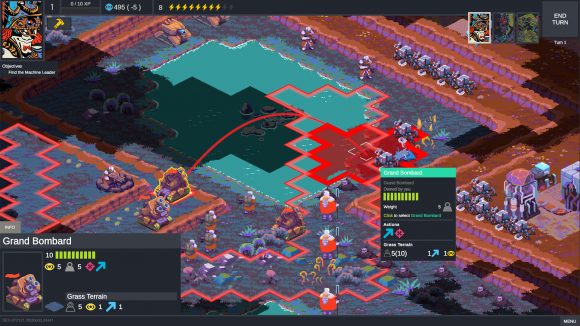 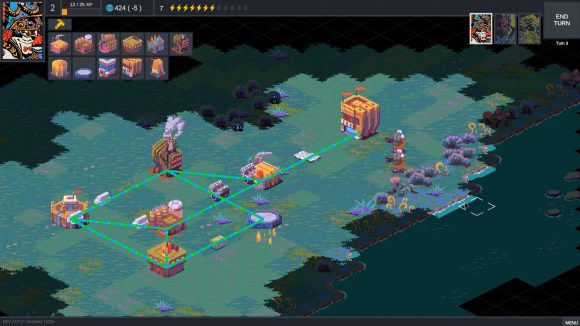 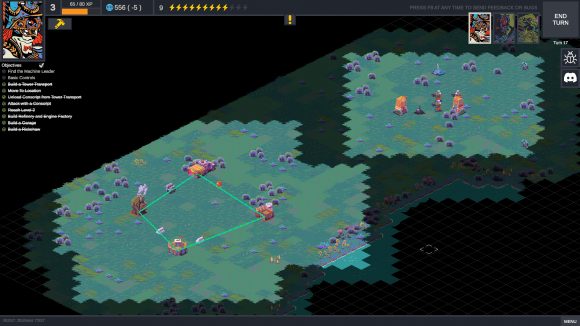 This is something we’ve seen recently in 4X game Old World, where every unit doesn’t inherently possess the right to do something – you have to decide what you want to spend your APs on. This can make tactical encounters that much richer; do you prioritise firing on your enemies? Bringing more troops up? Pulling back? We only played a taster, but it’s definitely intriguing in ways even Advance Wars wasn’t.

The base building element will probably never be as complicated as Factori, but the comparison is useful, at least. Building placement is important, and you have to make sure your supply lines sync up so that everything gets where it needs to go. The more complex the chain you’re trying to manage, the bigger margin for error. You’re also more exposed to enemy action, as well. Cantata will ship with mod tools for players from day one, allowing players to import their own sprites, rulesets, even entire scenarios, so that players can mould the game how they wish.

Cantata is coming to PC via Steam at… some point. There’s no word on a release window yet, but definitely check out the demo if you’re interested – it’s only going to be live for about a week!