The original Chivalry: Medieval Warfare is nearly a decade old. At the time, it was a unique proposition in multiplayer gaming: a first-person slasher with realistic combat and large-scale medieval battles. Developer Torn Banner Studios followed it up with Mirage: Arcane Warfare in 2017, a fantasy spin-off that failed to find an audience, but the only other competition Chivalry has faced in that time is Mordhau, which improved upon Chivalry’s swordfighting mechanics in every possible way.

Can Chivalry 2 really reclaim the crown as the best sword game on PC? As I ponder this, I notice an on-screen prompt to pick up a severed head.

Chivalry 2 is not a game that benefits from discussions around meta and advanced combat techniques. It’s messy, chaotic fun first and foremost. Sure, some players will undoubtedly master its swordplay to become indomitable knights, but there’s still ample space on its battlefields for idiots like me, who get a kick out of throwing dismembered limbs at people and taking on a heavily armoured foe with a skillet.

And it’s not just dismembered limbs you can hurl at your enemies either. Barrels of ale, spare wagon wheels, live chickens, dead chickens, dead chickens you’ve set on fire – you get the point. Pretty much anything you spot on the sidelines of the battlefield can be picked and used as a makeshift weapon, and they can be effective in a pinch. Playing as an archer I’m able to save myself by grabbing a broom from a nearby porch and prodding away heavy halberd attacks until reinforcements arrive. 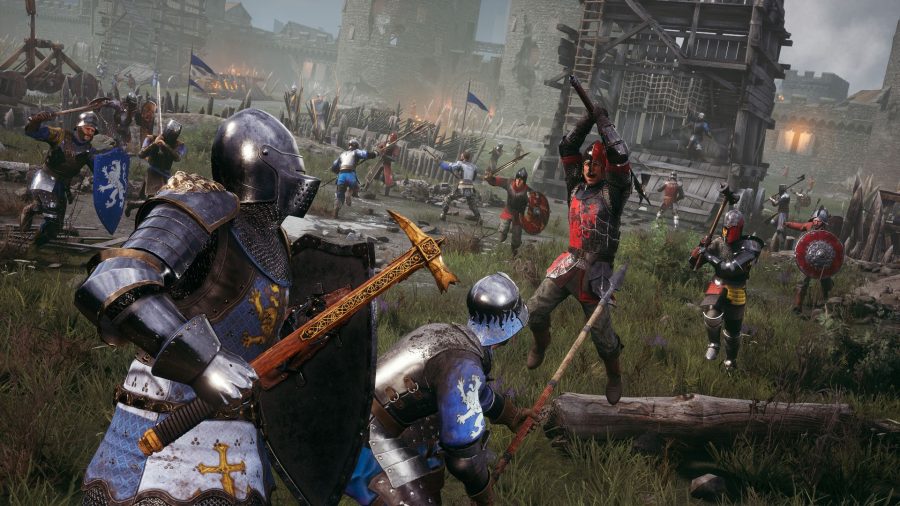 Teamplay is essential in Chivalry 2’s 64-player siege battles, and combat heavily favours players who stick together. Find yourself isolated from your team and you can expect a swift death, so you have to stay aware of your surroundings and know when to retreat if you want to stay alive for very long.

Staying in the fight is particularly important in Chivalry 2’s team objective maps, which are massive city sieges set across several stages. As a defender, you start outside the city walls, attempting to halt the advance of the attacking team’s siege towers. Fail to do so and you’re fighting on the ramparts and around the main gate, before retreating through the city streets to keep the attacker’s siege ramps from reaching the castle. Fail that and you’re trying to retain control over the castle courtyard to stop the enemy from reaching the keep. The final stage takes place inside the throne room, where one player takes the role of a royal heir who must be protected at all costs.

Watching teammates throw themselves in the way of enemy attacks to protect the heir, clambering over balconies – and each other – to reach the fray is a sight to behold. You can usually spot the heir surrounded by crawling, bloodied allies before the attacking team finally reaches their target and brings the match to an end. 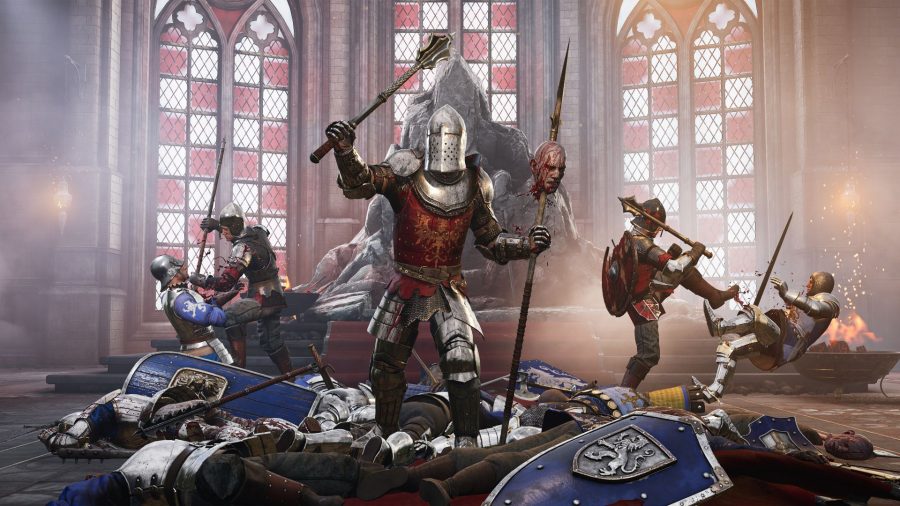 Group fights are suitably chaotic, with sweeping slashes glancing off blocks and continuing into adjacent players, friend and foe alike. Individual skill still holds enough sway to turn the tide of a skirmish though. Well-timed ripostes, clever feints, and even ducking or jumping over attacks can net you a crucial edge in a duel, and it’s easy to snowball a fight as soon as your group has a numerical advantage.

Related: Here are the best medieval games on PC

Of course, there are some times when you’re caught out in the open and find yourself surrounded by several enemy knights. You might manage to parry away a few strikes, but it’s only a matter of time before the tip of a polearm finds its way through your chest cavity. Handling these situations isn’t a case of survival, but instead about how much damage you can do before the fatal blow arrives.

In one particularly gruelling scrum I manage to drag several enemies into the stew of mud and viscera with me. I dodge the first attack, a head-height claymore swing that takes out two enemies behind me. Another duck gives me just enough time to wind up a heavy swing while backtracking, which sits another enemy in the dirt. Quickly follow that up with a parry and overhead chop – another one dead – then feint with a jab to create an opening and punish with a couple of slashes. 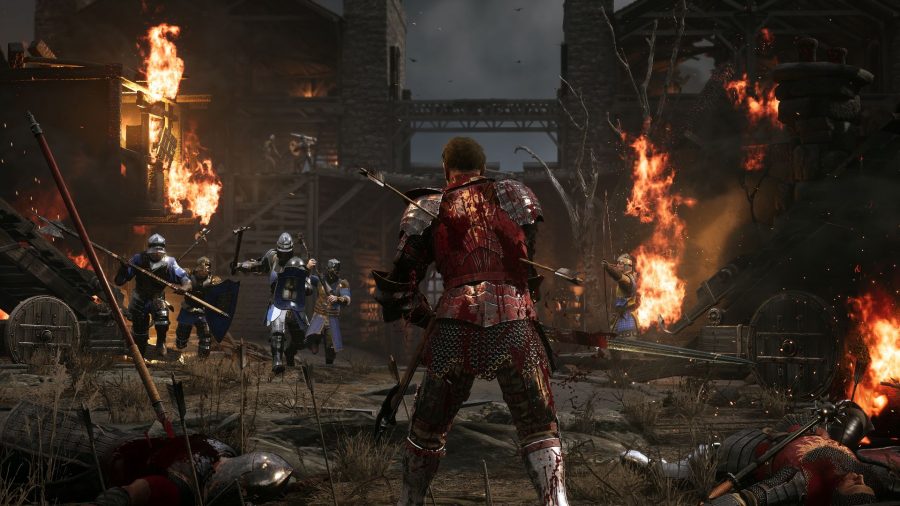 I manage to claim a couple more lives before an axe lops off my arm, but even that’s not the end of me. Stumbling and still swinging it takes a heavy blow from a mace to finally send me keeling over into the nest of gore I’d made during my heroic last stand.

Torn Banner Studios has said it wants Chivalry 2’s matches to feel like epic medieval movie battles, and that’s absolutely what you get. Cinematic in scale and authentic at a glance, but embellished with so much bombast and silliness that you can’t help but grin at the spectacle. The jury’s still out on whether the combat can exceed the high standards set by Mordhau, but Chivalry 2 is unmatched when it comes to showmanship and a genuine sense of fun.