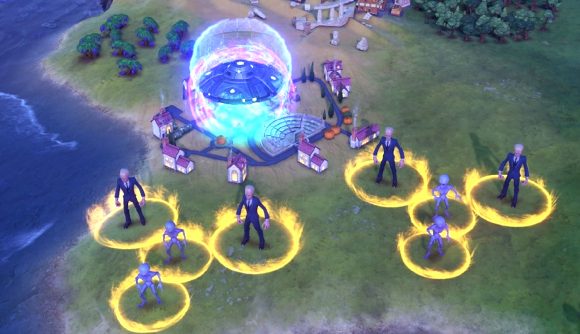 If there’s one thing Civilization VI is missing, it’s aliens. A study done in 1501* found that aliens make strategy games better in almost every instance, with the exceptions being games that already have aliens in them. Now you can unleash some interstellar interlopers on your foes thanks to a new Civ 6 mod.

Better yet, these aliens look like the ones from Firaxis’ other iconic turn-based strategy game, XCOM. By building a new world wonder called Area 51, your empire will be gifted one UFO unit, and some ‘Alien Infiltrators’. You can train more infiltrators, but they cost increasing amounts of faith. The UFO unit can’t be replaced, but creator JNR mentions that the unit is as strong as the existing late-game unit Giant Death Robot.

The UFO also comes with a unique promotion tree that can either make it more potent or buff your infiltrator units as they don’t come with their own promotion trees. We’re not actually sure what the infiltrators do, as there’s no further information given, but we can take an educated guess.

The Area 51 wonder itself also has some amusingly-specific placement requirements. Not only does it have to be placed on a desert tile, that tile has to be adjacent to an aerodrome district that has a hangar built on it. 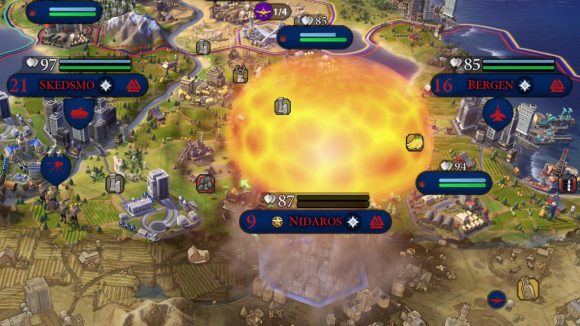 Like many of Civilization VI’s late-game districts, this means you’ll have to plan accordingly if you want to make use of the mod’s content. One thing to keep in mind is that this mod requires the Gathering Storm expansion to function, but other than that the only known issue is that the wonder doesn’t have its own building animation or reveal video.

Fun fact: Civilization V received its own touch of XCOM with the inclusion of the XCOM Squad infantry unit with the Brave New World expansion.

Nothing much is really happening with Civilization VI at the moment. The New Frontier Pass run of micro-DLC packs finished back in April along with a major balance patch, but there’s not been much else since.

We know Firaxis is currently hiring to work on something, but whether it’s Civilization VII or another 4X game we won’t know until it gets announced, whenever that may be.

The XCOM half of Firaxis is currently working on Marvel: Midnight Suns.

* May not be true