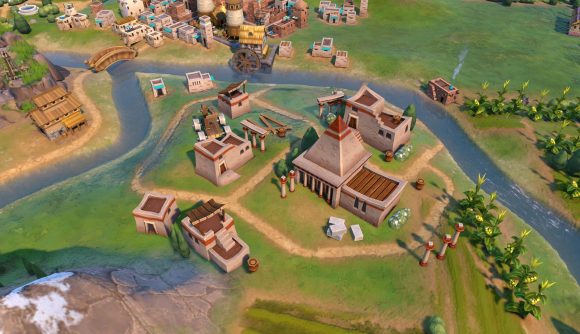 Sukritact is a well known name amongst modding communities of Civ 6, Civ 5… even Cities: Skylines. Their 59 (at last count) Civ 6 mods alone cover everything from new leaders to new districts, and even sub-mods for other popular overhauls like the ancient world total conversion mod, Anno Domini.

Their latest release is ‘Sukritact’s Egypt Rework’, a mod that overhauls the existing Egyptian Civ 6 civ to be less passive and require more planning to take advantage of Egypt’s traditional strengths around river tiles. Also, Sukritact hates Sphinxes, apparently: “Plus, I hate the Sphinx conceptually. It feels a bit like giving France a gargoyle for a tile improvement if you ask me. It’s been removed, and it ain’t coming back.”

Note, this mod doesn’t do anything to change Egypt’s Civ 6 leader, Cleopatra, nor does it touch or alter Egypt’s unique unit. The civilisation’s new ability is called ‘Season of Inundation’, while its unique district is the ‘Set-Ma’at’. The former reads: “For every other district of the same type built along the same river, city centres receive +1 amenity, and specialty districts provide +1 of the appropriate yield. Tiles are immune to flood damage, and specialty districts next to a river provide a burst of the appropriate yield whenever the river floods.” 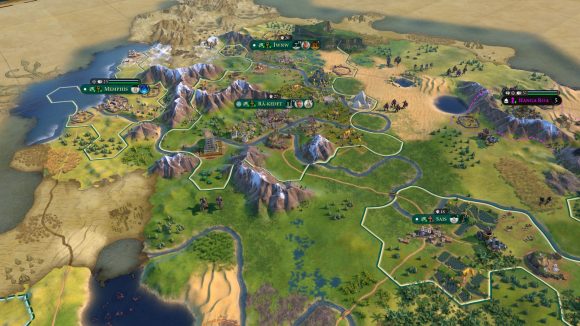 Between the two new elements you’ll need to think carefully about where you build things in your cities, and your expansion will be funnelled up and down rivers. With this mod Egypt goes from a beginner friendly civ to one that’s more advanced, but the pay offs could win you the game.

Related: Our guide to Civ 6 DLC

The next and final expansion in the New Frontier Pass is due to drop later this week. The new civ – Portugal – has now been revealed. We’re expecting one final update next month which looks to rebalance up two-thirds of the 50 existing civilisations in Civ 6.