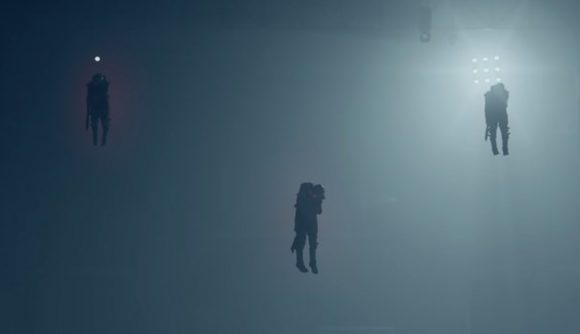 Ever since the Alan Wake Easter egg was found in Control, it was believed the two adventure games shared a universe on some level. Developer Remedy Games has confirmed the assumption, with Control DLC and full, new game on the horizon.

In a blog post, Remedy creative director Sam Lake announced the ‘Remedy Connected Universe’, an umbrella term that will encompass some of Remedy’s projects going forward. “For over 10 years, we’ve had a crazy dream. The idea that the tales told in some of our games would be connected to each other, a connected world of stories and events with shared characters and lore,” Lake writes. “Each game is a stand-alone experience, but each game is also a doorway into a larger universe with exciting opportunities for crossover events.”

The stories will feed into each other, sometimes a tad ambiguously like the Alan Wake Easter egg in Control, or explicitly, like the upcoming Alan Wake DLC for Control that’s the first proper release in the RCU. It’s the Marvel Cinematic Universe, but for Remedy’s IP, and it’s something the studio’s been working towards for sometime, before getting the opportunity to make it a reality. “I’m absolutely thrilled to tell you that now, the time has come to take the first concrete step on this road, establishing Remedy Connected Universe,” Lake says. “You have no idea how happy it makes me to be able to finally make this statement.”

A new, full game in the Remedy Connected Universe is in the pipeline, too, though no details are provided. Remedy announce the AWE DLC, unequivocally merging Control and Alan Wake, a couple of days ago. You can watch the trailer below:

Remedy entered a publishing deal with Epic earlier this year, for at least two upcoming games. You can check out the best hacking games, and best horror games, while we wait for more on Alan Wake’s return.