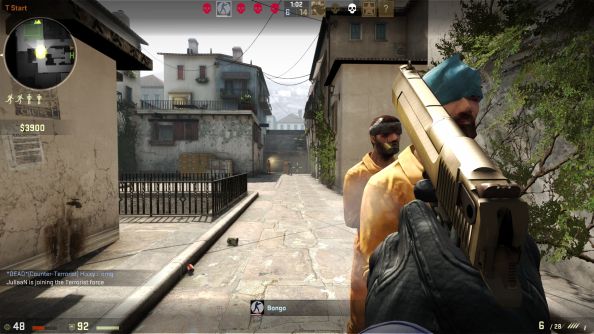 Keep up to date on the latest Counter-Strike: Global Offensive patches right here.

As Dot Esports reports, CS:GO items received through trades now will be unavailable to trade again for seven days, putting them in line with items purchased on the Steam Community Market. The change, Valve say, is an effort to reduce trades conducted by “third party services” and used fraudulently.

“Unlike players, these services rely on the ability to trade each item very frequently,” Valve said in the CS:GO update post Thursday. “In contrast, a given item moves between actual players no more than once a week in the vast majority of cases.”

As more governments take harder looks at grey market gambling with in-game items, Valve is likely feeling pressure to take action. Last year, the American FTC settled a case against two social media personalities who had deceptively promoted the skin gambling site CS:GO Lotto, and the UK’s Gambling Commission has been studying the phenomenon of skin betting among minors.

Valve say they realize this change will be disruptive for some players, and that they’ll “continue to evaluate trading policies as time goes on.”