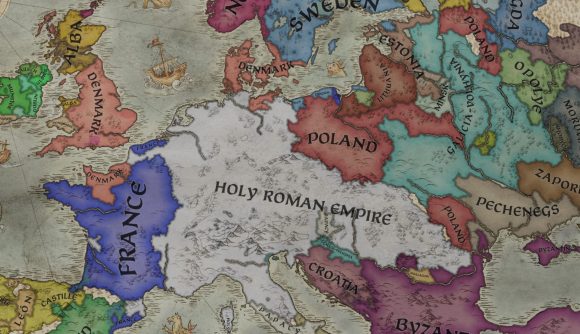 Crusader Kings III is a grand strategy game about politics, religion, and sex. But it’s also about putting colours on a map… mainly using those three aforementioned techniques. With the upcoming patch releasing alongside the Royal Court expansion, you can now choose which colours you’re painting the medieval world with thanks to a handy colour customisation tool.

The new tool allows you to pick which colours represent your culture, faith, and any titles you control, including those held by vassals. When creating a hybrid or divergent culture, Paradox explains, you’ll now be able to choose a colour – as well as a specific shade – to represent it on the map. The tool is also available when you’re establishing a new faith – you can pick a whole new colour, or just give it a slightly different hue, depending on your preference.

The colour tool also works when you’re customising a title. In the latest dev diary, Paradox says this works not only for titles you hold personally, but also for any held by your vassals as well. Along with names and adjectives, you’ll be able to pick a colour and shade for each title in your realm – so you’ll be able to make your lands look as harmonious or as loud as you’d like.

In other news, a small patch was released today that addresses some stability issues, as well as a handful of bugs: you shouldn’t have any more issues with the unpause button if you decide to continue playing a multiplayer game in single player following a network desync, for instance, and a couple crashes have been addressed. 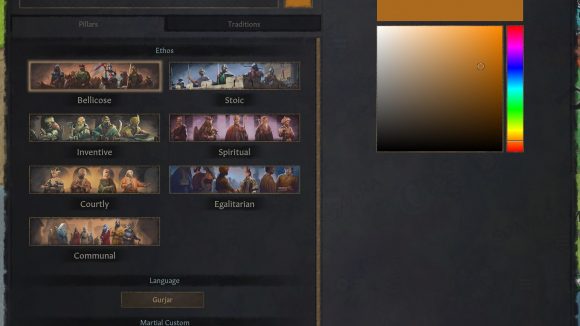 The majority of Paradox’s Crusader Kings team will be on summer break for the next several weeks, and so updates are going to be a little thin on the ground for a while.

However, new developer diaries will still be going up, and the studio says to think of them more as teasers for meatier content lined up for later.