On one level, Crusader Kings has always been about running the European middle ages like a daytime soap opera, letting you plot evil schemes and pursue romantic targets all across the continent and beyond. Crusader Kings III is leaning into this aspect of the game with its revamped lifestyle system, which is adding some hefty new roleplaying elements to the series.

As with Crusader Kings II, when your leader is of a certain age, you’ll select a lifestyle category – this can be Diplomacy, Martial, Stewardship, Intrigue, or Learning. That done, you’ll then pick a focus from the trees within your chosen lifestyle depending on the bonuses you want at the time. For instance, if you’ve picked the Learning lifestyle, you might choose to the Theology Focus to earn extra monthly piety if you’re trying to impress the Church. 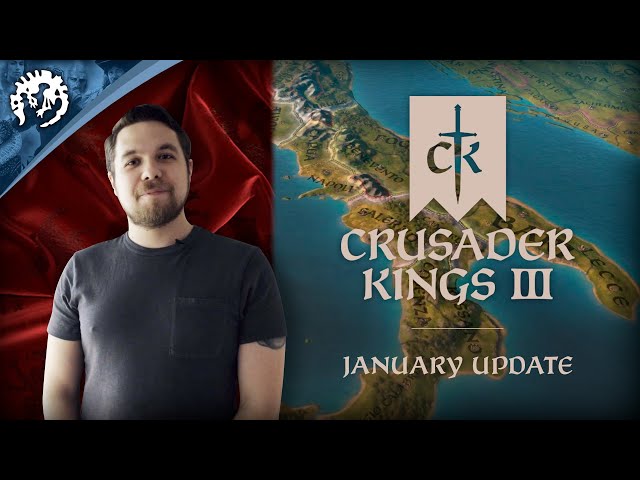 Your chosen lifestyle will naturally have a major impact on how your character develops, and the system drives much of what happens to that character in the game. Each focus has its own series of life events. The way these unfold is driven by the perk system, making these life events in Crusader Kings III more freeform and dynamic than they’ve been in previous games.

Conquering lands and various events can result in a character winding up with perks you don’t need or want anymore, and once per lifetime you’ll be able to respec your perks – but that comes with a big spike to stress. Certain lifestyle decisions, like making someone who isn’t usually sadistic into a torturer, can also add to stress – but there are perks that can leverage that stress into other kinds of advantages, Paradox says.

The developers also discuss the way seduction works in Crusader Kings III. Seduction is a dedicated scheme in CK3, and you’ll be able to track the progress of your efforts to seduce a character. That system evaluates both your character and the target of the seduction attempt, and you’ll see events fire as those schemes play out that take into account both characters’ personalities, sexual preferences, and the interplay between them. As we’ve seen, there are perks that allow you to ‘circumvent’ your characters’ baseline sexual preferences to open up the pool of potential lovers.

You can always get shot down – and in some cases, you’ll be rejected so hard that you’ll never be able to attempt a seduction of that character again.