Crusader Kings III is a strategy game about complex systems of overlapping rules in the middle ages, which can make it a pretty daunting experience at first. It turns out, though, that you can completely ignore all the feudal customs of the age and dominate every campaign. The so-called ‘North Korea Strategy’ from Crusader Kings II is back, and in Crusader Kings III, it’s stronger than ever.

YouTuber Reman, who covers Paradox games extensively on his channel, has made a video detailing the use of the strategy in Crusader Kings III. When you’re playing normally, you’re constantly trying to right-size your domain in order to avoid penalties of up to 90% to taxes and levies for having too many personal holdings. The ‘North Korea strategy’ rejects this idea, based on the fact that by the time you’re an emperor, you’re getting even less gold and fewer levies from individual counties as each ruler in the feudal chain takes their cut.

So rather than parceling out your realm to vassals, this strategy dictates personally controlling every holding once you become an emperor. Naturally, getting to this point involves divesting quite a few vassals of their holdings, and Reman explains the easiest way to do that in his video. 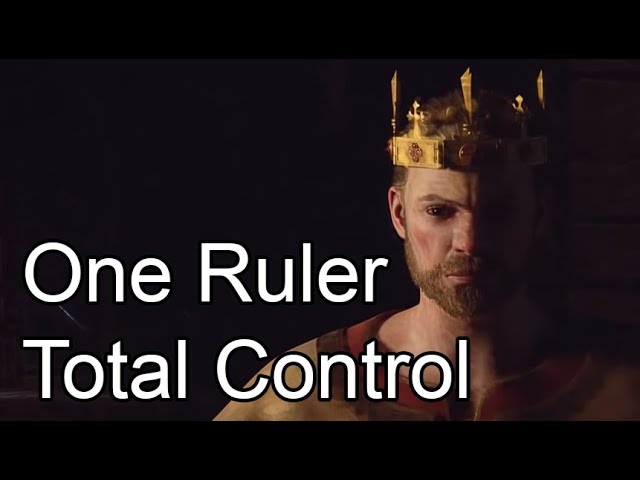 In short, find some idiot loafing around with an intrigue skill of zero and make him a count. While he’s strutting around feeling great about this, toss him in jail. Confuse this poor patsy further once he’s in your dungeon by granting him a kingdom. Then, transfer every one of your own vassals to this new, baffled king.

This ‘purge cheese’ works for three reasons: first, imprisoned vassals can’t rebel against you. Second, they also can’t refuse when you strip them of titles. And third, if you take the last county away from a vassal who has their own vassals, they’ll automatically usurp a county from one of their vassals.

This all means that you can clean out all your vassals by having one king-tier vassal in prison, granting you personal control over every holding in your realm, and nobody can do a thing about it.

So what are the benefits? You’ll be way outside the domain limit, sure, but you’ll still be collecting 10% of the taxes and levies from each of your holdings, which in the end can double the number of levies you have and can increase your tax earnings by five times or more. Then you can spam as many county buildings and duchy-level improvements as you want – compounding bonuses that together can totally eliminate the upkeep costs for men-at-arms regiments.

You’ll also be drowning in prestige, which you can use to grab a couple dynasty improvements that help maintain popular opinion and control.