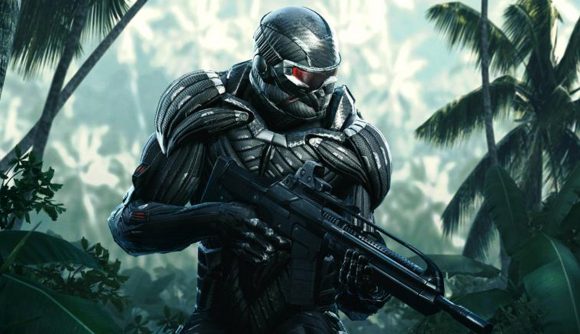 A year after arriving on the Epic Games Store as a timed exclusive, Crysis Remastered has finally been released on Steam – and, perhaps surprisingly, players don’t seem happy to see it. Crysis may be one of the best FPSs on PC, but it’s currently sitting on a score of ‘Mixed’ on Steam thanks to a number of issues.

The original Crysis released back in 2007 and is still available on Steam, plus it still honestly looks pretty good today – perhaps due to the fact that it was such a graphical powerhouse that many PCs at the time struggled to run it, creating a whole meme in the process.

Crysis Remastered adds support for up to 8K resolutions, DLSS, and ray-tracing, along with the ability to swap between classic and modern suit controls – “modern” in this case referring to the 8-year-old Crysis 3. That’s pretty much it, and many players on Steam are venting their displeasure in the reviews section.

The most obvious point of complaint is that the remaster doesn’t really do enough to justify paying £24.99/$29.99/€29.99 when the original is cheaper even at full price, even ignoring the fact that it goes on sale often. Crysis Remastered also removes numerous features from the original too – such as multiplayer, the ability to manual save, and supposedly the new graphical features are badly optimised too. Reviews even state that the ability to lean is gone too, even though that was patched into the EGS version of Remastered last year.

Just to add further salt into the wound for Steam users, the full Crysis Remastered Trilogy releases next month – and once again, it’s an Epic Games Store exclusive, so anyone who picks up Crysis 1 Remastered on Steam will probably have to wait another year to grab the Crysis 2 and 3 remasters.