Looking for the best Cyberpunk 2077 PC settings for your rig? Whether you’re dealing with an aging setup, or you bought a PC specifically for this game, our guide will break down exactly which settings will be the most taxing on your system.

If you’re the latter and you purchased a brand new RTX-equipped computer for this game, it’s finally time to get the most out of your GPU in Cyberpunk 2077. CD Projekt Red has worked with Nvidia to bring two of the biggest RTX features to the game – ray tracing and DLSS. The combination of these powerful features is the PC gaming equivalent of having your cake, eating it too, and then stealing somebody else’s cake and eating that for a laugh.

The system requirements range from hardware made back in 2013 like the GTX 780 and i5 3750k, all the way to the latest and greatest from AMD and Nvidia. If you’ve owned a capable gaming PC over the past five years, you should be able to play Cyberpunk 2077. While there isn’t a built-in benchmarking tool, we’ve found tweaking our settings while moving around in a busy area to be a solid indicator of performance. We’ll also share some tips on setting you can change in an effort to hit that vital 60fps mark so many of us hold dear.

Here is the build for the PC we’re testing on:

If you own an Nvidia GPU, be sure to update to the latest drivers (version 460.79) which will be available to download ahead of Cyberpunk 2077’s launch. While you can run the game without using these drivers, you may experience worse performance and graphical glitches. These game ready drivers will ensure you’re getting the best performance from your graphics card. 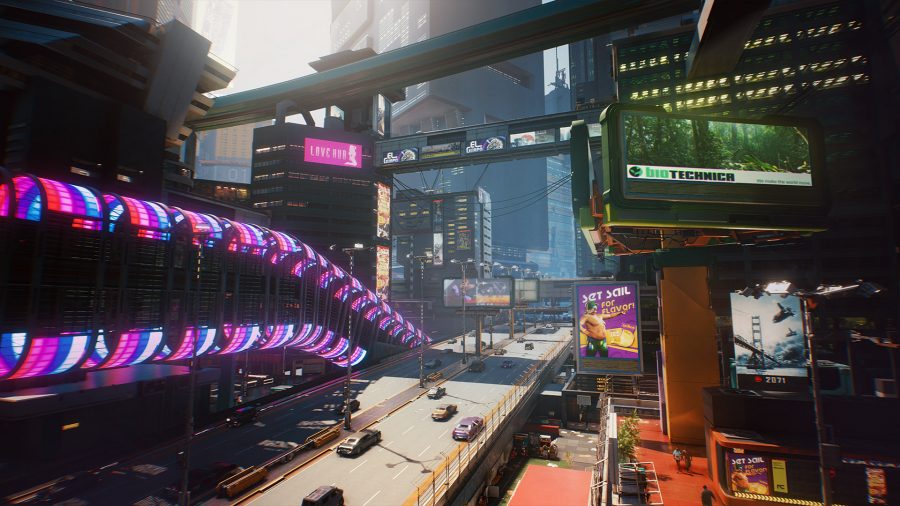 There are over 20 different graphics options to tweak in Cyberpunk 2077, forcing you to play around with a mixture of settings in order to get the best performance. We recommend trying out the presets (low, medium, high, and ultra) first to find a solid base fps, then adjusting each individual setting to your preference. Here are some of the settings we found made the biggest difference in terms of performance and visual quality. 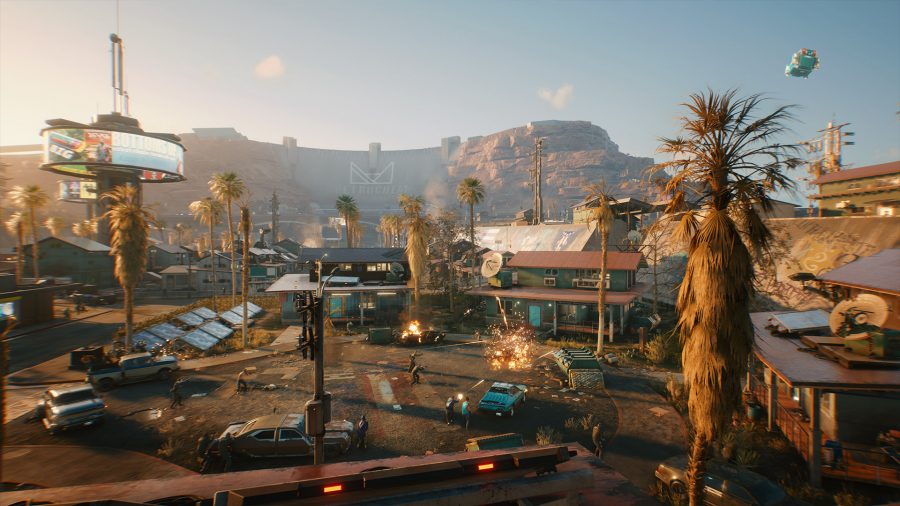 This setting determines the quality of reflections in the game. Cyberpunk 2077’s Night City is filled with neon signs and reflective surfaces, so it’s understandable why this setting would have such a large impact on your performance. You have the choice of five different quality options including the rare and dubiously titled ‘Psycho’ setting, though we’d recommend opting for Low. Our frame rate jumped 11% from Ultra to Low, and while there are a few visual differences, it’s not worth the hit to your performance unless you can absolutely afford it.

The ambient occlusion setting affects shadows in areas where incoming light is blocked by the environment. Bumping up this setting to Medium will make the world feel more alive by adding more light sources and shadows, but your frame rate will suffer as a result. Turning off Ambient Occlusion saw our frame rate increase from 76 (on High) to 80. We’d recommend setting this to Low at the bare minimum – while it costs a few frames, the extra shadows make the game look much nicer.

This setting affects how realistically the clouds in the sky are rendered, however, there isn’t much of a difference between medium and ultra. We’d recommend sticking with medium for this setting as it boosted our frame rate by 8% during the day on average – an impressive increase for almost no discernible visual difference. 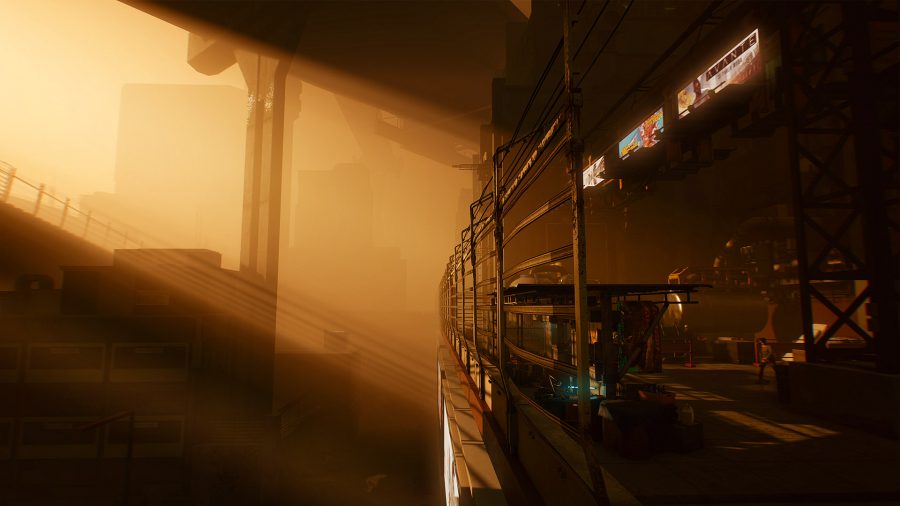 As with all games, ray tracing comes at a huge performance cost, however the visual returns are unmatched by any graphics setting in the game. If you own an RTX card, we’d highly recommend turning on DLSS as this feature can increase your frame rate dramatically. There are five DLSS presets (auto, quality, balanced, performance, and ultra performance), each designed to provide the best experience depending on what you’re after.

Using the Quality DLSS setting with Ray Tracing: ultra graphics preset, our average frame rate jumped from 40 to 62, an increase of 55%. The power of DLSS cannot be overstated, and even if you aren’t using any ray tracing features, it’s worth enabling this setting purely for the free frame rate boost.

Unless you’re attempting to play the game at 4K or even 8K, we’d recommend steering clear of the ultra performance setting. While this option technically works on lower resolutions like 1080p and 1440p, you won’t see a real benefit until you reach 4K. You can use the normal performance setting on lower resolutions to gain a higher frame rate, but you may spot odd visual artifacts every so often.

Though the latest AMD graphics cards do support ray tracing, Cyberpunk 2077’s ray tracing features will be exclusive to Nvidia at launch. CD Projekt say they’re working with AMD to “introduce this feature as soon as we can”, but it may not arrive until 2021. 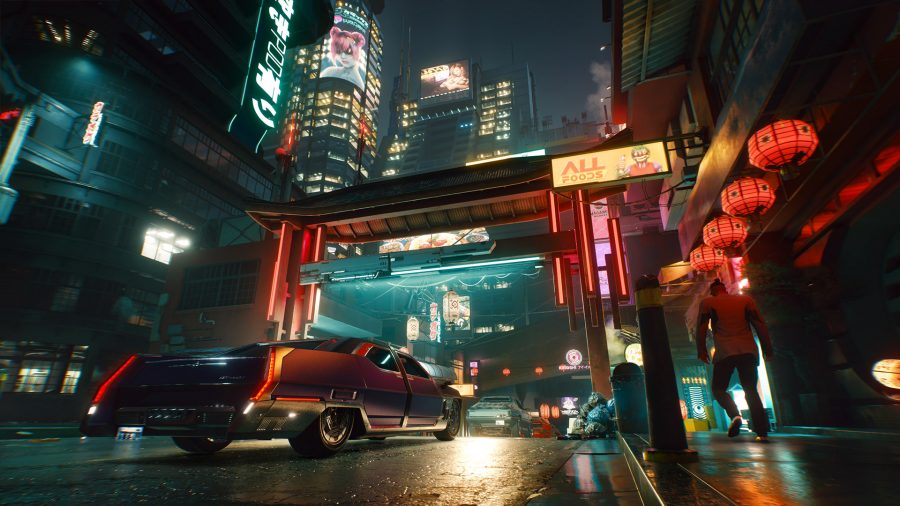 Since Cyberpunk 2077 launched, we’ve seen a number of performance fixes from the community. From REDengine 4 not utilising the power of AMD Ryzen CPUs, to setting up config file fixes in order to handle the game’s memory reservation pool, these fixes have had drastic results for a lot of players.

In our experience using Yamashi’s Cyber Engine Tweaks mod which brings together several performance fixes, the AMD SMT patch in particular definitely helps to improve performance. That being said, we haven’t noticed any performance increases in busy areas of Night City. The performance gains from this mod improved our frame rate in areas where it was already quite stable, going from 65 to 80fps while in combat.

Be sure to follow Yamashi’s GitHub page as CD Projekt RED has stated PC patches are on the way. On the off chance the developers don’t implement these community fixes in future updates, you should still be able to use the Cyber Engine Tweaks mod. Cyberpunk 2077 is a demanding game for the best hardware out there, but you may find that this mod has a bigger impact on older systems.

Now that your game is up and running smoothly, definitely check out our Cyberpunk 2077 life paths guide before heading into Night City.

Can you run it? Check your setup against the Cyberpunk 2077 system requirements.