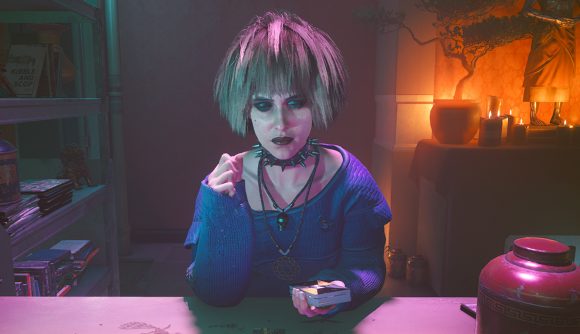 CD Projekt’s joint CEO Adam Kiciński has said that he is “quite happy” with the current level of stability and performance of Cyberpunk 2077, calling the version released after the game’s latest sizeable patch “satisfactory” – despite evidence to the contrary from users across all platforms.

The remarks – given to Polish business site TVN24 (via TechRaptor), and are machine-translated into English – state that, while CD Projekt is “constantly working on new patches” to iron out further bugs, the studio is satisfied with the current state of the game following the more recent stability patches.

Regarding stability, Kiciński says, “we have already reached a satisfactory level in this regard,” and notes, “we’ve also been working on overall performance, which we are also quite happy about.” The studio’s founder also says that patches will continue to iron out bugs, and CD Projekt “will make improvements to the general systems” that players have been complaining about. Whether this means general improvements or actual overhauls to gameplay problems that players have had issues with.

Currently, the Steam version of Cyberpunk 2077 is still holding on to its ‘Mostly Positive’ rating, although recent reviews are ‘mixed’ and are still full of bug complaints despite the many attempts to stamp them out. Earlier this week, the game finally returned to the PlayStation Store after being shockingly pulled back in December, and it comes with a caveat that the game is “not recommended” for play on PS4.

Users may continue to experience some performance issues with the PS4 edition while we continue to improve stability across all platforms. The PS4 Pro and PS5 versions of the game will provide the best experience on PlayStation.

Cyberpunk 2077 has a long way to go before it feels finished, although it’s good that CD Projekt is continuing to roll out bug-squashing patches. Don’t expect it to be the only Cyberpunk game the studio does either, as Kiciński also notes that the studio has teams working on unannounced games “as part of franchises that we have”. They’ve been talking about further Witcher and Cyberpunk games for a while now, and hopefully we’ll see Witcher 4 before too long because that world is so much more satisfying than Cyberpunk’s.