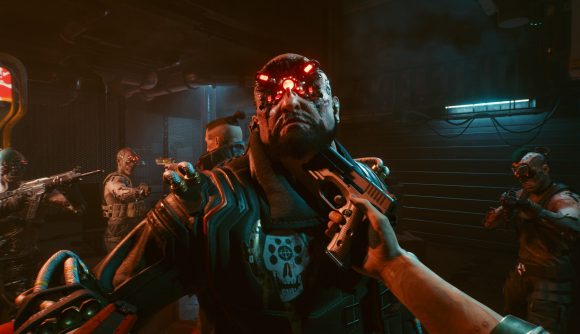 The latest Cyberpunk 2077 patch is out now, and it’s a relatively minor one. Hotfix 1.21 is aimed at “further improving the overall stability” of the open-world game and “fixing the most common issues that could block progression,” developer CD Projekt Red says. The bulk of the newly published patch notes cover the individual quests and open-world events that have been fixed in the patch, but the most impactful change probably will be improvements to Cyberpunk 2077’s memory management.

CD Projekt Red doesn’t get into specifics about the technical side of the patch, only saying that it’s made “various memory management improvements” aimed at “reducing the number of crashes”. Regardless of what exactly is happening under the hood, better stability is always a good thing, and hopefully this hotfix will help if you’re still experiencing occasional (or frequent) crashes.

Most of the latest patch notes, as mentioned above, cover the specific quests and events that have gotten attention so as to prevent progression blocking. Several elements of quests like Big in Japan have been fixed – for instance, now you can get into Dennis’ car from the right-hand side, and the car should spawn correctly – and some of the cyberpsycho sightings have been repaired so they don’t keep you from progressing further.

Apart from that, there are a few stray fixes for the UI, such as the re-addition of the ‘Distract Enemies’ quickhack effect icon appearing over NPCs’ heads while affected, and some clipping issues with NPC clothing have been addressed.

This hotfix isn’t on the scale of last month’s big 1.2 patch, which readjusted vehicle handling and made some needed changes to the way Night City cops responded to crime – that last has gotten a tweak in the latest hotfix too, though, and you should find that it takes NCPD longer to show up when you’re doing cool crimes on top of buildings.

Users are still reporting that they’ve run into broken quests since the hotfix, though, so CD Projekt still has work to do.