Over the years, CD Projekt Red has made many ludicrous promises that ultimately led to one of the most disappointing launches in gaming history. Regardless of how you feel about the final product, Cyberpunk 2077 undoubtedly fell short of its billing. But the sad thing is that even if the game were free of bugs and its RPG systems refined, it would've still disappointed. It isn't just that Cyberpunk 2077 made promises it didn't keep; it's that the promises it made imply a severe misunderstanding of what made CD Projekt Red's last game, The Witcher 3, such a success.

Consider the promise to give thousands of NPCs their own individual lives. On the surface that sounds impressive, but what does it actually give the player? Are we really going to stalk NPCs to glimpse their mundane daily routine? The fact that other people get up in the morning isn’t what makes them feel alive; it’s how they engage with us. It’s about relationships. The Witcher 3 understands this and, as a result, its continent brims with life in a way that Cyberpunk 2077's Night City never does.

To see the profound differences between the two worlds, one need only compare the former's Witcher contracts and Cyberpunk's 'gig' missions. These quest types are perfect analogues to each other as they serve as mercenary work for both Geralt and V, and call upon them to engage with the general populace outside of primary and secondary story threads.

The contrast: Witcher contracts feel ingrained in the world and ache with consequence, while gigs, when they aren’t simple combat scenarios, depend entirely on environmental storytelling for their emotional impact. 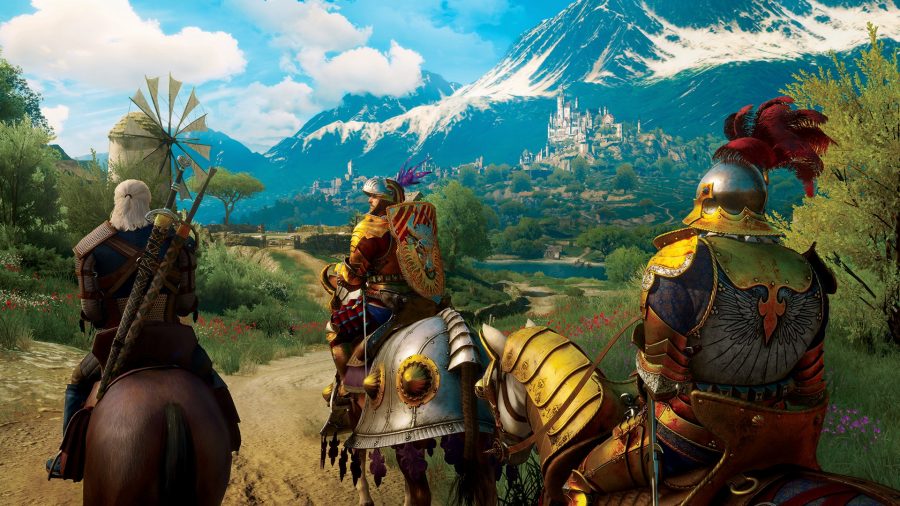 In The Witcher 3, Geralt exists in a breathing world. When he sets out, even on simple mercenary work, he encounters living beings, be they human or monster. In contracts such as In The Heart of The Woods, he contends with complex questions concerning religion and tradition as a conflicted town calls upon him to deal with a creature many worship as a god.

Whereas Geralt must contend directly with his world's inhabitants, V only finds remnants of life

Even in other, simpler contracts in which narrative is minimal, the monster is given careful attention. The Muire D’yaeblen contract involves killing a water hag that possesses a sense of style; her lair is decorated with the parts of the boats she capsized. While she is just a monster you must kill, she still stands out as a unique creature – a living part of a greater world.

Cyberpunk 2077 is not wholly without emotive power; like The Witcher 3, it features brilliant characters, intricate lore, and engrossing stories. But unlike its fantasy predecessor, it doesn’t translate those elements into the larger game world. Its gig missions mostly follow the same formula: V gets a call or text from a fixer describing a problem, then drives to the specified location to kill or sneak past some enemies. The enemies are often generic goons and the context is simplistic, with any intrigue relegated to readables or a few lines of forgettable dialogue. 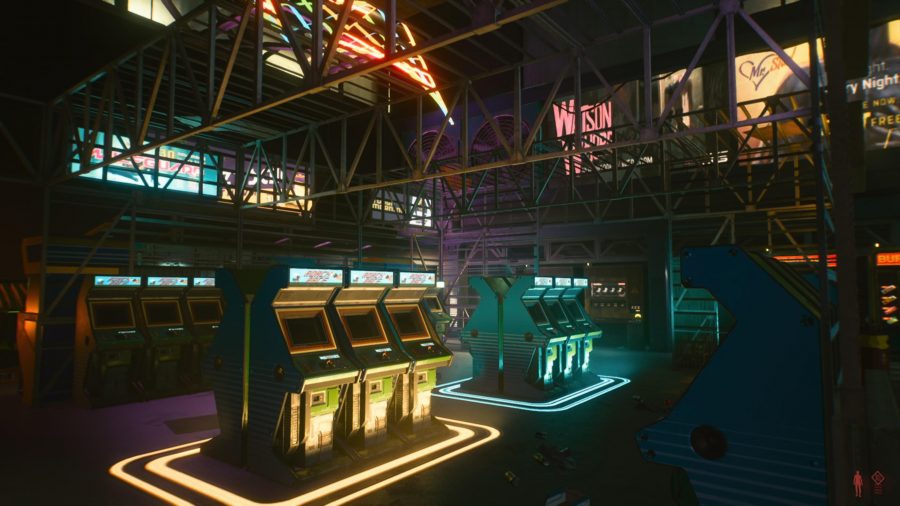 This isn’t to say that the gig missions are uniformly terrible. Some contain genuinely moving stories and show off the excellent environmental storytelling found throughout Night City. For example, Family Matters, a gig about a woman who falls into cyberpsychosis and kills her family, is almost as vivid as Gone Home, as V makes their way through the house and unravels the tragedy of what happened. The problem is that such powerful, distinctive gigs are few and far between, and that they always convey their power through the environment alone.

Cyberpunk’s intricately detailed environments are its clear strength. Night City is a ravishing world that, despite the bugs, conveys a sense of profound believability: people clearly live here. But that’s also the game’s biggest problem. Whereas Geralt must contend directly with his world’s inhabitants, V, at best, only finds remnants of life – and only knows people through what they leave behind.

You can buy Cyberpunk 2077 here, or check out our list of the best cyberpunk games on PC if you’re curious.