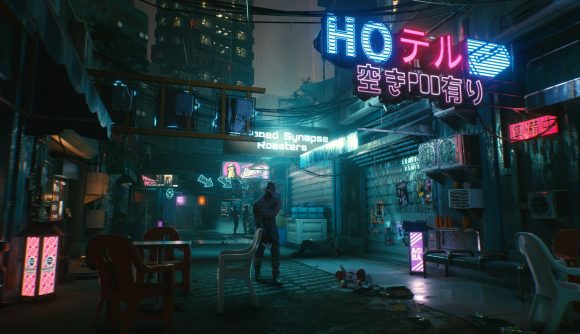 Cyberpunk 2077 has been selling very well in China. According to the Chinese Steam best-sellers list, and information gleamed from employee profiles, CD Projekt Red’s upcoming RPG game has been pre-ordered in China more than anywhere else in the world.

The information comes courtesy of industry analyst Daniel Ahmad on Twitter, who tweeted about the extensive voice work CD Projekt Red has employed for the Chinese version of Cyberpunk 2077 before discussing the game’s position as a major release there. Steam pre-order for Cyberpunk 2077 were so high that it took the top spot on the Chinese Steam bestsellers list within a day.

Earlier this month, a now deleted segment on the LinkedIn account of Darren Ding, CR Projekt’s director of marketing and PR in China, was found that stated pre-order from China “tops the world currently”. There’s no further context for this, and Ahmad presumes it’s for PC only as the Steam data is readily and easily quantified. Ahmad adds that CD Projekt has a strong reputation in China, and these players will be importing the PC version through Steam to side-step the country’s stringent laws around censorship.

We got a wave of new Cyberpunk 2077 information this week as hands-on previews went live. Our Jordan Forward thoroughly enjoyed his four hours with it, writing “as familiar as many of us are with the aesthetic of Cyberpunk, actually inhabiting that space is altogether a different, genuinely new experience – one that CD Projekt Red has absolutely nailed”. We got a lengthy list of the gender options that’ll be available, the open-world game will have a “GTA mode”, and Netflix is producing a Cyberpunk 2077 anime with the studio that made Kill La Kill.

CDPR has a good reputation in China as a competent developer that takes the time to create masterpiece titles.

When the game went up for pre order on Steam it took less than one day to reach #1 on the Steam best sellers chart in the country. pic.twitter.com/gg0EHI4g0j

If you’re curious about the journey from The Witcher 3 to Cyberpunk 2077, we have an interview with CD Projekt level designer Max Pears that covers just that. Cyberpunk 2077 will hit Steam on November 19.