Want to get your hands on cyberware in Cyberpunk 2077? Equipping implants and customising V is the main way to create a playstyle you enjoy, and experimenting with the various cyberware you’ll find in Night City is one of the main draws of this massive RPG.

Cyberware is a part of V’s body and although you’ll start off with standard implants you’ll discover and be able to install rarer implants into slots as you progress, which are all equippable to various parts of your body. There are five rarity tiers including common, uncommon, rare, epic, and legendary, with some implants spread across rarity tiers which will take up more slots.

Cyberware can be found in Night City’s ripperdoc clinics and will have multiple fragments you can use which provide different effects. Cyberware falls under the categories active, triggered, and passive. Active abilities are similar to weapons and will need to be activated, triggered cyberware activates when conditions are met, and passive abilities provide benefits with no player action. 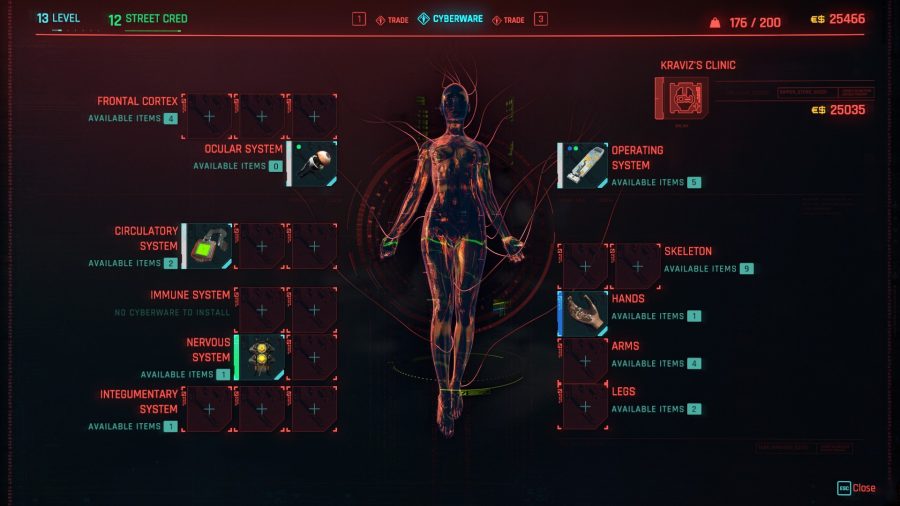 There are eleven different parts of the body that can be augmented through cyberware in Cyberpunk 2077. Here are all the available slots, plus the cyberware we’ve found so far: