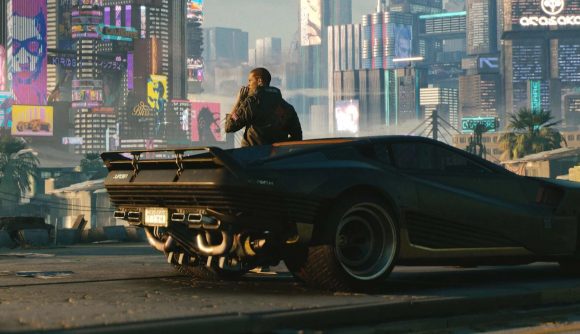 Cyberpunk 2077 is finally here, but it's not without its issues, including extremely serious issues for players with a history of epileptic symptoms. Even beyond that, there are a ton of bugs in the initial release, but the developers are already starting to address the biggest problems. The first patch for Cyberpunk 2077 is live, so here's what it addresses.

Hotfix 1.04 modifies the flashing light effects that display before braindancing sequences, which had caused an epileptic seizure for at least one player in the press ahead of launch. The “effect has been smoothed out and the flashes reduced in frequency and magnitude”, which should reduce the risk for players who have issues with epilepsy.

The patch also ensures that the DMCA-friendly 'disable copyrighted music' option actually disables all the songs likely to trigger an automatic takedown. Previously, the studio had warned that a copyrighted song was not covered by the feature, and recommended streamers turn off the soundtrack entirely to avoid issues.

Beyond that, there are a whole lot of fixes for game-breaking quest bugs, and addresses some crashes. You can read the full list of changes below, or on the official site.

You can purchase Cyberpunk 2077 from the Humble Store here.