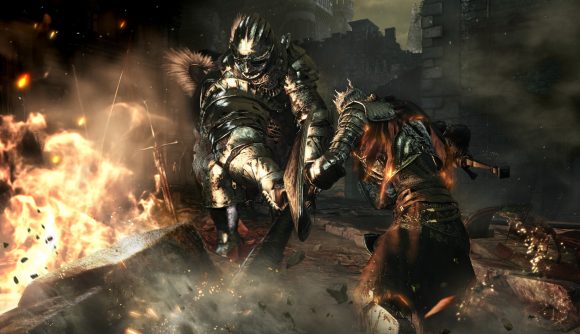 The internet is full of Dark Souls advice, if you need it: optimal loadouts for specific bosses, which skills to level up, where to find its secret areas. One thing that none of these guides will tell you, though, is where you’ve put your lock-on banana. SuperLouis64 – yes, the same guy who somehow managed to beat Sekiro using the DK Bongos controller – has now beaten the final boss in Dark Souls 3 using a bunch of bananas.

SuperLouis64 ran a charity stream to raise money for St. Jude’s Children’s Hospital recently, and the gimmick this time was to complete Dark Souls 3 using bananas. In the video, you can see how he’s done it: each input on a controller has been rewired and inserted into an unpeeled banana, and these are arranged on his desk.

One banana looks very much like another, though, and so SuperLouis64 runs into some trouble early on in his battle. “That is not my lock-on banana,” he exclaims ruefully after what we’d usually call a mis-click, but in this case is more of a mis-mash. Shortly after that: “That is not my attack banana!”

I’ve never owned an attack banana, but now it’s my life’s goal to find one and capture it. SuperLouis64 quickly sorts out his attack and lock-on bananas, as well as his Estus banana, and goes to town on the ‘final’ boss of Dark Souls 3. Watch, as long as you don’t mind spoilers: 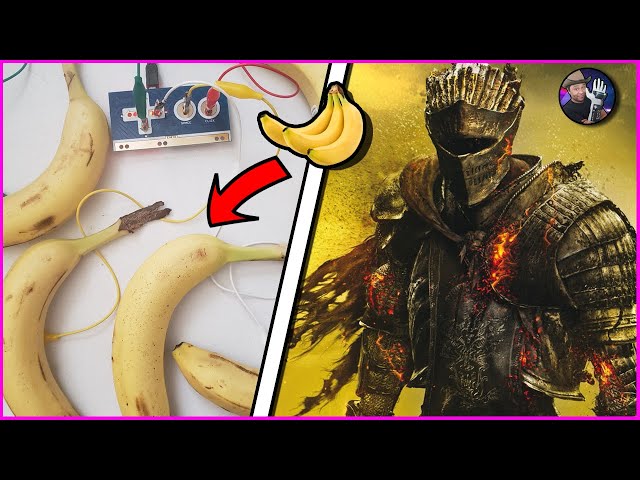 This wasn’t SuperLouis64’s first time through Dark Souls 3 using bananas. And he’s used other weird controllers as well: earlier this year, he reconfigured a Nintendo Ring Fit controller to play through the demanding game.

If you never got around to playing the game, check out our Dark Souls 3 tips and tricks. We can’t help you if you want to play it with bananas, though – you’ll have to get SuperLouis64’s help with that. Our question is, after bananas, can you go back to a normal controller?