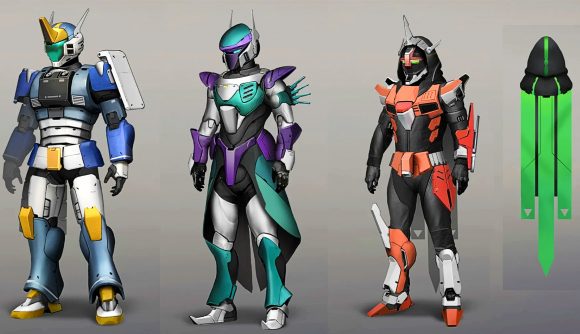 It’s time for a fashion war, as the Destiny 2 armour vote is here. With a month now passed since Bungie launched the FPS game’s The Witch Queen expansion, which editor Rich named the developer’s “best expansion yet” in our review, and many players having made their way through the newest Vow of the Disciple raid, the team at Bungie is looking forward to 2022’s Festival of the Lost event with a second community vote on new armour.

The devs have outlined their plans for #TeamMechs vs #TeamMonsters in a new blog post. The vote is an opportunity for players to have their say on a featured armour ornament set which will go on sale in the Eververse cosmetic store later in the year during the Halloween-themed Festival of the Lost. Once the event is live, you’ll be able to purchase it with Bright Dust or the premium Silver currency.

Last year saw 200,000 votes cast by players to determine whether dinosaurs or monsters should be the featured theme, with the dinos taking a massive 81% of the vote. However, the design team at Bungie has revamped the monster outfits for 2022’s lineup and is now pitting them against a trio of Gundam-inspired suits in the battle to be featured during this year’s upcoming Halloween festivities.

Team Monster sports a furry-legged, cyclops-themed outfit for the Titan, an olive green swamp monster look for the Warlock (which is perhaps a little less explicitly Creature from the Black Lagoon than last year’s offering, but very stylish nonetheless), and – perhaps the real standout – a glowing Hunter ornament featuring a rather striking black Godzilla-style helm with attached spinal column as the cape.

The aptly-described “mobile suits” (in Bungie’s own words) of Team Mech, on the other hand, clearly draw inspiration from classic Gundam designs. The Titan sees the most traditional-looking colour scheme of white, blue, and gold; the Warlock gets a teal, purple, and silver look; and Hunters sport a primarily orange and black ensemble with a rather fetching green cape. 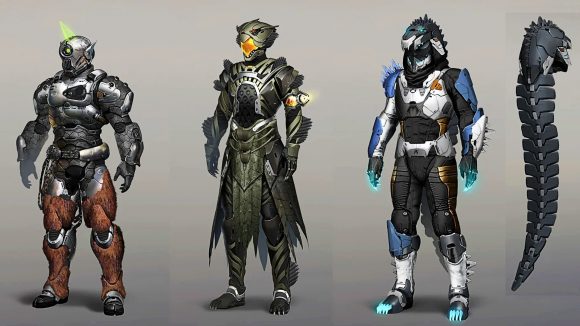 If you want to take part in the voting procedure, you’ll need to ensure you have signed up for emails from Bungie prior to April 7 and linked your active Destiny account credentials to your Bungie.net profile. The voting will run from April 7 until April 13, and all players who participate in the vote and have played Destiny 2 since Feb 22 will qualify for a unique Broken Barriers in-game emblem.

If you’re enjoying Destiny 2, don’t miss our Destiny 2 The Witch Queen classes and subclasses guide and list of the best Destiny 2 Exotics in Season of the Risen. Be sure to stay tuned right here for regular updates on all things Xur, Lost Sectors, Nightfall weapons, and more as well.