What are the best Destiny 2 PvP weapons? After some smart changes from the game’s Crucible team, PvP in Destiny 2 is in a better spot now. A more balanced weapon meta, nerfed abilities across the board, and subtle extensions to times-to-kill have helped turn Destiny 2 into a more robust experience for PC multiplayer shooter fans.

Recent changes also mean the Crucible feels more lethal, and the weapons are a crucial part of that. Despite the emphasis on balance, some guns still stand out from the pack. Here are the weapons you’ll want to track down to shine when once Trials of Osiris has resumed.

Our lineup of essential Crucible PvP weapons includes something for everyone, from precise exotics that will eliminate a Warlock mid-super at 500 yards, to SMGs that’ll melt anyone who gets close enough. Whether you prefer sniping, shotguns, or the humble hand cannon, here are the best Destiny 2 PvP weapons for you to seek out.

The best Destiny 2 PvP guns are:

Hand cannons are in a pretty good spot in the meta right now, as they usually are, and this is a handy legendary one you can use to free up an exotic spot. The Spare Rations is pleasingly swift, and downs guardians with two shots to the head, and one to the body. Keep an eye out for one with the kill clip perk, as it’ll boost your damage if you reload after a precision kill.

If you’ve got space for an Exotic, then Thorn is a deadly option. Not only can you down a foe in three headshots – two headshots and one body shot if you’d like – but you can also infect them with poison. Not only does this stop them from healing, but it also gives you some more visual information as you’ll see the numbers float above their head, even if they’re behind a wall. 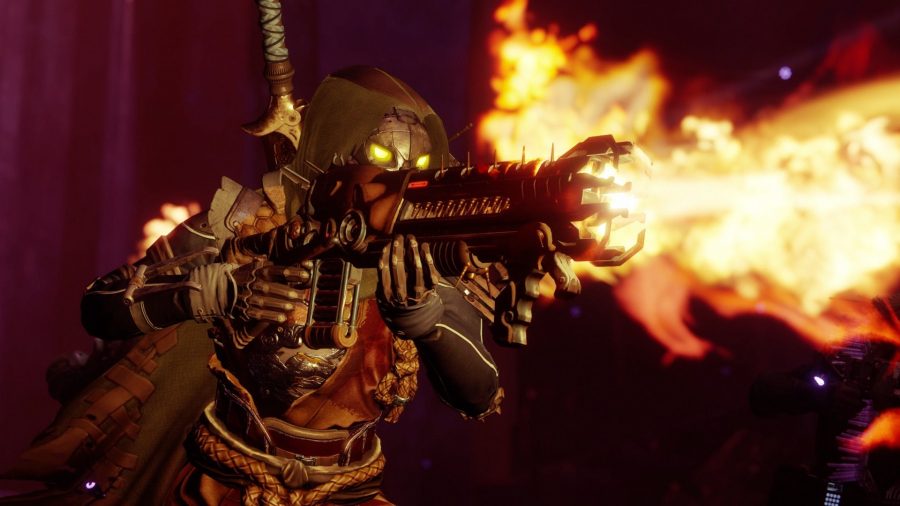 Shotguns have had a mixed time in Destiny 2, going from entirely useless to overly dominant. Shotties are in an okay spot right now, but it depends on which one you use. If you’re a fan of them and the aggressive playstyle that comes with it, we would recommend this one. You’ll have to wait until the Hollowed Lair comes into the Nightfall Strike rotation, but once it does, you can keep chipping away until you get a roll you like.

Sniper rifles in Destiny 2 have been making a steady comeback over the past year, and they’ve received another boost thanks to the Beloved. Essentially, the scope has a low zoom factor that makes it akin to a lot of snipers used in Destiny 2. Perks are to the user’s preference but can include additions to make the ADS much faster, or others that make flinch less severe.

We’ve gone over a few primary and secondary options, but you may be on the lookout for something for your heavy slot. LMGs are in a great spot as heavy ammo in the Crucible is still pretty plentiful, meaning that you can rack up some kills.

And there you go, the best Destiny 2 PvP weapons to take into the Crucible. The meta is a fickle thing, and you never know when an update will shake everything up. Don’t worry though, as we’ll keep this guide up to date with all the comings and goings of the PvP Crucible meta.