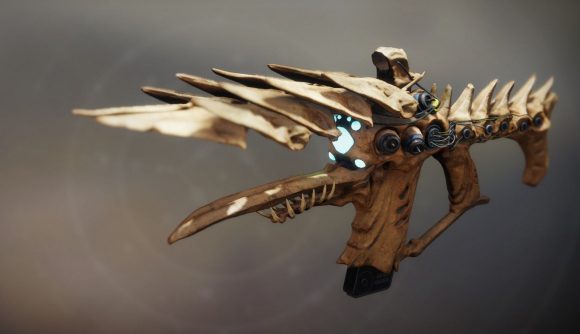 AGDQ 2020 wrapped up today after pulling in a record-breaking $3.1 million, and as always, there were some truly memorable runs over the week of non-stop gaming. But if you’re a Destiny 2 player, the Last Wish speed clear was definitely on the short list for ‘Most Jaw-Dropping Moment.’ As the speedrunning team finished the raid and collected their rewards, one runner wound up getting One Thousand Voices, an exotic fusion rifle that is one of Destiny 2’s rarest exotics. And then he got it again.

Shockwve was part of the six-player fireteam that planned on taking down The Last Wish, one of Destiny’s toughest raids, in less than 45 minutes on the AGDQ stream. His team pulled it off, with time to spare – they found themselves in the treasure room after just 30 minutes and 24.6 seconds. If you’ve ever attempted The Last Wish, you’ll know that’s an extremely good time.

With a crowd already hyped up from the exciting run, Shockwve and his teammates began opening their reward chests. Twenty-five chests spawn in this room, and you can select whichever you want.


Watch AGDQ 2020 benefiting the Prevent Cancer Foundation – Mushihime-sama Futari from GamesDoneQuick on www.twitch.tv
Shockwve (on the right) picks his first chest and discovers it contains One Thousand Voices – and the casters, clearly, are delighted. As they point out, you can successfully complete The Last Wish dozens – even hundreds – of times and not see this weapon appear, and The Last Wish is the only way to get your hands on it.

Then Shockwve picks his second chest, which contains – you guessed it – another One Thousand Voices. The crowd goes wild.

You can keep up with Shockwve and his Two Thousand Voices over on Twitch, where he regularly streams his speedruns of Borderlands 2, A Hat in Time, and Tony Hawk’s Pro Skater 4. He’s also on Twitter.