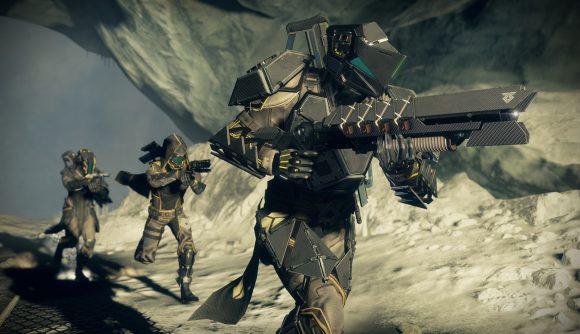 Bungie has a pretty significant update lined up for December 7, the mid-point of Destiny 2’s Season of the Lost. The FPS game will see its linear fusion rifles get a nice damage output bump, and a few exotics that have fallen out of favour over the course of the past several updates will get some attention as well.

That’ll apply to exotics as well, but a couple of those are getting extra attention. Sleeper Simulant, the exotic Ikelos linear fusion rifle introduced in the Warmind expansion, gets an additional +6% damage buff in PvE, and its magazine will increase from three to four rounds. Arbalest is getting an intrinsic anti-barrier effect, while Lorentz Driver will lose its ability energy regeneration when you pick up a telemetry.

Meanwhile, over in sniper rifle land, expect to see D.A.R.C.I. get much easier to use, with 50% reductions to flinch, recoil, and accuracy degradation when Personal Assistant is active. Whisper of the Worm will have less of a delay before Whispered Breathing kicks in, its PvE damage is getting bumped up by 10%, and its White Nail magazine refill perk will pull two rounds from your inventory and one out of thin air (whereas it currently draws all three rounds from your ammo stores).

Looking ahead, Bungie says the Witch Queen expansion will include a new feature that differentiates weapons from different sources more. While the developer is coy about what it means here, the idea is to give you a rational reason for picking a Suros hand cannon versus one you’d gotten from a raid, for example.

“We’ve got something shipping on all new and reissued weapons in The Witch Queen that addresses this issue directly and are working to expand the same solution to all weapons that drop in the future,” Proctor writes.

Lastly, everyone can pick up a free Transgender Day of Remembrance emblem by heading to the code redemption site and entering the code ML3-FD4-ND9.