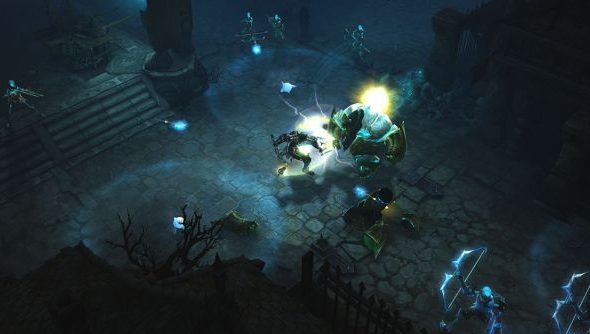 Diablo 3 PvP has been… well, let’s take stock of everything it’s been, shall we? It’s been a cancelled team deathmatch mode, then a duelling mode, renamed as a brawling mode, and finally totally ignored by frustrated players in favour of a makeshift fight club. It’s certainly not yet been the Diablo experience retailored for two, as many were hoping for.

We caught up with new Diablo game director Josh Mosqueira at Gamescom today to find out what the ongoing challenges were in developing PvP.

Mosqueira cited three key issues in working out how Diablo 3 PvP might work.

The first was simply the “bandwidth of the team”. Only a small portion of Blizzard’s Diablo dev squad are dedicated to exploring the possibilities of PvP, and that’s not likely to change as development heats up on first expansion Reaper of Souls.

The second issue is trickier: finding a point where the second-to-second experience of playing Diablo can intersect with 1v1 or 2v2 standoffs.

Said Mosqueira: “In Diablo, the core mechanics are really built around one character fighting scores of monsters, right?

“There’s a lot of control, a lot of AOE, and some of that stuff starts to not necessarily break down, but it starts to fray at the edges when you’re actually now focused on two people, or four people.”

The third issue has seen Blizzard trying to prevent PvP from being the preserve of endgame characters. Instead, they’ve tried to look at PvP from a “low level standpoint”.

“So one of the questions that we really want to start really thinking about in PvP is how can we get that Diablo experience: not just from a high level but especially from a low level,” said Mosqueira.

As the problems began to mount, we had to ask: can Blizzard ever make PvP in Diablo, or is this mental challenge one that might never be solved to their satisfaction?

“That’s a really tricky question to answer,” replied Mosqueira. “It’s got to be Blizzard quality.”