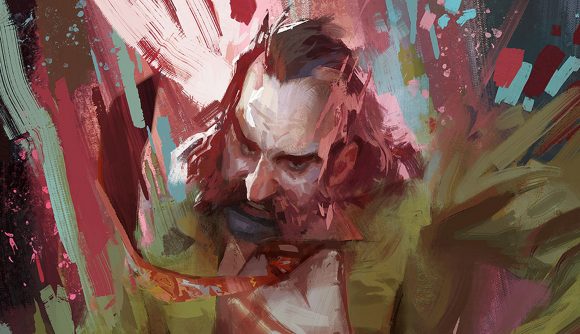 Disco Elysium is being adapted into a television series. Developer ZA/UM is working with the production company behind this year’s Sonic the Hedgehog movie to create a show based on the masterful RPG about class politics and the human psyche, but it may be awhile before we get a chance to see it.

ZA/UM has signed on with dj2 Entertainment to create the series, according to a report by Variety, and like the game, the Disco Elysium TV series will be set in the universe of ‘A Secred, Terrible Air’ by novelist Robert Kurvitz. In the game, you play as a police detective struggling to remember his own past and plot his way forward as he works on solving a murder in a town on the precipice of revolution.

This is exciting news. Rich declared the game represented a “new standard of RPG writing” in our Disco Elysium review and awarded it a 9/10. It’s also on our list of the best story games on PC, thanks to that amazingly strong writing throughout. (And it’s worth pointing out that the soundtrack bangs, as well.)

There’s not much more information to go on about the TV series yet, since the project is only just getting underway. As Variety points out, the show does not yet have a writer attached, and for the time being it hasn’t been picked up by a network or streaming service.

“We’re so gratified at the response Disco Elysium has received, and very happy to be teaming with dj2 to expand the franchise for other media and new audiences,” said ZA/UM lead writer Helen Hindpere.

There’s no target date for a release yet, so we’ll see it when we see it. But as far as we’re concerned, more Disco Elysium is unquestionably something to be excited about.