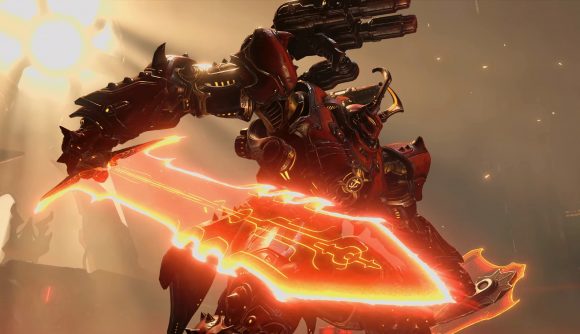 So it turns out that the trailer id Software was teasing – a teaser of a teaser, if you will – was actually the launch announcement for Doom Eternal’s final piece of DLC. The Ancient Gods – Part Two comes out tomorrow, and if the trailer is anything to go by, it’s going to be a fitting capstone to the Doomslayer’s story.

“Your war against Hell ends here,” the sizzle text reads, intercut between clips of some of the most frenetic and large-scale battles we’ve seen in the rebooted Doom series to date. Massive capital ships move in through warp gates, the armies of Hell lunge forward with new abilities and weapons, and the Doomslayer himself faces down a nemesis who wouldn’t look out of place among the upper ranks of Chaos Space Marines.

In other words, it’s more Doom – and once again, the knob has been cranked up to 11. There are some great new details to spot in the trailer: a new infernal hammer weapon called the Hellbreaker, a Baron of Hell clad in armour, and even a swimming sequence that reminds us of the panic-inducing sections of the original Sonic the Hedgehog. 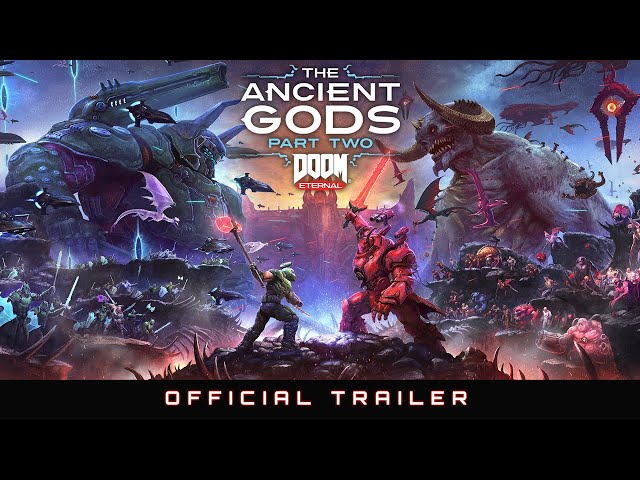 The Ancient Gods – Part One was tough as nails, so we’re expecting more of the same ramp-up in challenge with Part Two (although we’re cautiously optimistic about the absence of any Marauders in the trailer for this chapter).

Doom Eternal is one of our favourite FPS games, and you’ll be able to start in on its new DLC tomorrow. The Ancient Gods – Part Two is including in the Doom Eternal Year One Pass, and can also be purchased separately on your platform of choice. Bear in mind, you don’t need to own the base game to play the Ancient Gods – both pieces of DLC are standalone experiences.