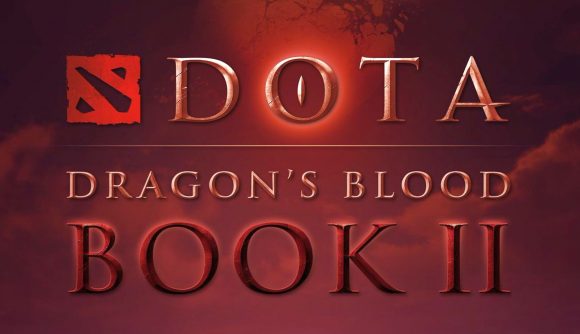 Some good news has arrived, Dota 2 fans, to get your week off to a great start. Dota: Dragon’s Blood – the Netflix anime series based on the universe of Valve’s hugely popular MOBA game – is getting a second season.

The developer has just posted the news on the multiplayer game’s official Twitter channel, announcing: “Book 2 is coming! The second season of DOTA: Dragon’s Blood is in the works.” As per the tweet, which you can see below, the show’s second season will be called Book II – but that’s all we know about it right now. Sadly, there aren’t any details about what Season 2 might bring on either the Dota 2 site or Netflix just yet, but at least fans can rest assured there’s more on the way.

The first season, which launched on Netflix just a few weeks ago on March 25, explores the adventures of the “conflicted yet courageous Dragon Knight” Davion who has to draw on the power of the “dragon within to stop a deadly demon”.

We won’t go into greater detail than that for now, in case you’re yet to check the show out, but we can most likely expect something in a similar vein to the first series – and that it’ll pick up right after its enthralling conclusion, too, of course. Book I saw popular Dota 2 heroes from both the game itself and its rich lore – such as Princess of the Moon, Mirana, and intelligence hero, the Invoker – jump into the action, along with some new faces, too. You can read about the Dota: Dragon’s Blood characters at that link.

Book 2 is coming! The second season of DOTA: Dragon's Blood is in the works.

While you wait, revisit the story of the tournament that started it all — FREE TO PLAY is now available on @netflix with an updated end credit sequence. pic.twitter.com/CINeVNlheM

Made up of eight episodes, each around half an hour in length, Dota: Dragon’s Blood Season 1 saw a pretty epic storyline around its main hero unfold, with interwoven subplots implicating its other heroes teased out along the way. While it’s unconfirmed at this stage, we can most likely expect something very similar in terms of format and story arrive with Book II.

We don’t know when Dota: Dragon’s Blood Book II will release just yet – let alone any details on what it’ll bring – but for now, fans can rejoice that there’s more in the pipeline. While you wait, you can always check out Dota 2: Free To Play, a film on the esports scene surrounding the game, which has just come to Netflix.