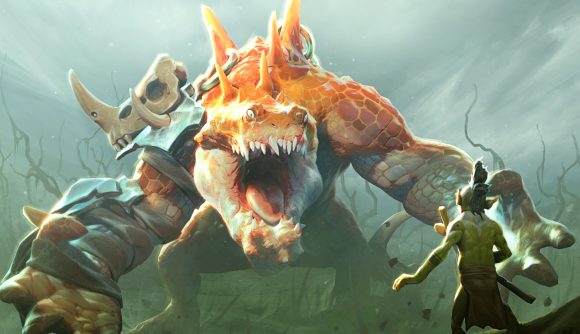 Dota 2’s new patch is live, and includes several hero buffs and nerfs ahead of the MOBA game‘s upcoming Stockholm Major tournament. Dota 2 7.31c update nerfs the new hero Primal Beast and long-time favourite Tiny among several other meta-dominant characters. This update will be used for the tournament in Stockholm, which is the first major of Dota 2’s pro circuit season.

A total of 41 heroes have seen tweaks in 7.31c, with a focus on nerfs to some of the heroes who have looked strongest in the recent meta. First and foremost is recent arrival Primal Beast, who, along with nerfs to his Uproar and Trample abilities, has also most notably had a sound queue added to his Onslaught ability that can be heard through fog of war. This should give enemy players ample warning that he is channelling his devastating charge attack from the shadows.

Also heavily impacted is rock giant Tiny, who has been one of the game’s hardest hitters. His Tree Grab now deals less damage to buildings, his Grow damage multiplier has been scaled back slightly, and his ‘grow damage with tree’ talent has been moved from level 15 to level 20. These changes should make him a little less impactful overall and slightly slower to reach his full potential.

Among the other abilities receiving changes is Death Prophet’s Exorcism, which is having its damage to buildings halved – although this is actually a fix to an accidental damage increase caused by a change to damage types in patch 7.31. Enchantress sees a nerf to her Enchant ability, which can now only dominate creeps up to level 4/5/6/6. Sand King, Storm Spirit, Necrophos, Medusa, and KotL are also among the more notable nerfs.

There have also been nerfs to several neutral creeps – the Harpy Scout’s vision has been dramatically reduced to 1200/800 from 1800/1800, making it a much less potent scouting tool. The Dark Troll Summoner has also seen slight nerfs to its Skeleton Warriors, who have had their armour removed.

On the other side of the coin, the patch 7.31c buffs are a little less dramatic. Valve is handing out a buff to Witch Doctor’s Maledict damage and Earthshaker’s Fissure mana cost is being decreased, alongside other buffs to Zeus, Winter Wyvern, Crystal Maiden, Ember Spirit, and more. 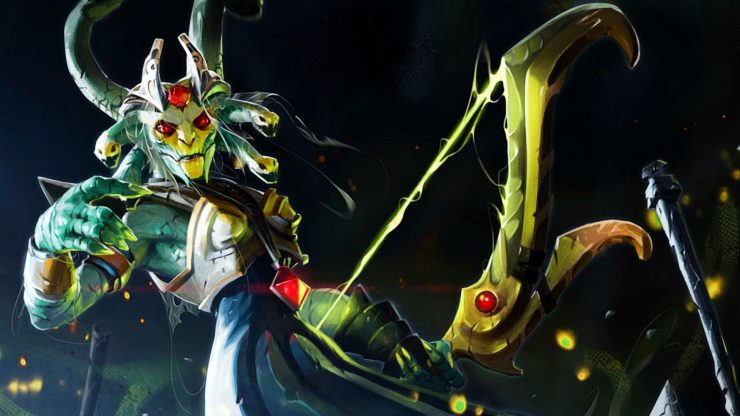 Also seeing a buff is Vladmir’s Offering and its two subsequent items, Helm of the Overlord and Wraith Pact. Wraith Pact sees the biggest changes, with an increase in its aura radius to bring it in line with the size of the Vladmir’s Offering aura, and its damage reduction and DPS both increased. Placing its totem now deletes any previously spawned totems, too, which is a nerf specific to Tinker players.

The full patch notes can be found here.

Dota 2 recently hit its biggest peak player count in over a year and a half, following the success of the Dragon’s Blood animated show on Netflix.