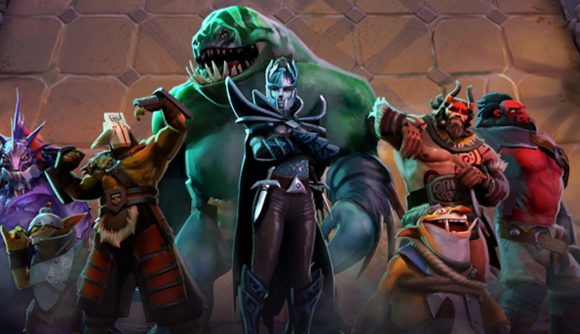 June 20, 2019 Now everyone can hop into the open beta of Dota Underlords.

Dota Underlords went out in limited release to Dota 2 Battle Pass owners last week, but now it’s fully available for everyone in open beta. Valve announced its plans to create its own version of Auto Chess last month, and it seems the developers want to let players get their hands on the title early – this is listed as an Early Access release that will be shaped by player feedback.

You can download the game now on Steam – or iOS and Android, if you prefer. (Notably, it’s the first Valve release to use Source 2 on mobile.) Cross-play and cross-progression are fully functional between all three platforms, so you won’t be restricted based on what version you start with.

Valve says the Early Access period is scheduled to last for “a few months,” during which the game will get a set of Underlord personas to play as, a Battle Pass system, seasonal rotations, and match replay functions ahead of launch. Dota Underlords will still be free-to-play once it’s actually out.

For now, the game’s got offline play against AI, online options including ranked matchmaking, and party support to let you play with your friends.

This week has also seen the PBE launch of Teamfight Tactics, the League of Legends-flavoured version of Auto Chess. It’s already topped the Twitch charts, so we’re in for an interesting competition as these two games go head-to-head – plus there’s a standalone Auto Chess from the original modders coming, too.

Valve’s last Dota spin-off didn’t go super-well if the Artifact player counts are anything to go by, but Auto Chess is already a proven concept. We’ll soon see how the community takes to Underlords.